I love Tom Waits more than I love pizza. And I seriously believe the man has an impeccable taste in music: His all-time favorite albums list includes standards like the Rolling Stones' "Exile On Main Street", Leonard Cohen's "I'm Your Man" and Bob Dylan's "Basement Tapes". You can't go wrong with that, or with Zappa, James Brown and Bill Hicks.

Waits is also a big fan of Sam Phillips' "Martinis & Bikinis", an album I myself passionately love so much I'm prepared to kill any idiot who doesn't get it just to remove him from the gene pool, but it's the weirder shit Waits likes that excites me the most. So, here is my tribute to the music Tom Waits loves, I love, and you might love too if your taste runs off the beaten track. 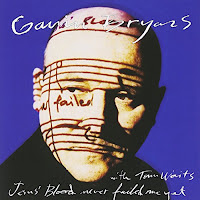 "I heard it on my wife’s birthday at about three o’clock in the morning coming out of the radio. And I didn’t know what it was and it went on and on and on. So it’s one of those . . . it almost sounds like a kid’s song." -Tom Waits

"In 1971, when I lived in London, I was working with a friend, Alan Power, on a film about people living rough in the area around Elephant and Castle and Waterloo Station. In the course of being filmed, some people broke into drunken song - sometimes bits of opera, sometimes sentimental ballads - and one, who in fact did not drink, sang a religious song "Jesus' Blood Never Failed Me Yet". This was not ultimately used in the film and I was given all the unused sections of tape, including this one. When I played it at home, I found that his singing was in tune with my piano, and I improvised a simple accompaniment. I noticed, too, that the first section of the song - 13 bars in length - formed an effective loop which repeated in a slightly unpredictable way. I took the tape loop to Leicester, where I was working in the Fine Art Department, and copied the loop onto a continuous reel of tape, thinking about perhaps adding an orchestrated accompaniment to this. The door of the recording room opened on to one of the large painting studios and I left the tape copying, with the door open, while I went to have a cup of coffee. When I came back I found the normally lively room unnaturally subdued. People were moving about much more slowly than usual and a few were sitting alone, quietly weeping. I was puzzled until I realised that the tape was still playing and that they had been overcome by the old man's singing. This convinced me of the emotional power of the music and of the possibilities offered by adding a simple, though gradually evolving, orchestral accompaniment that respected the tramp's nobility and simple faith. Although he died before he could hear what I had done with his singing, the piece remains as an eloquent, but understated testimony to his spirit and optimism." -Gavin Bryars

Bryars' original piece for vinyl release was 25 minutes long. He later re-wrote a 60-minute version for cassette and finally, in 1993, a 74-minute version for CD, inviting Tom Waits himself to sing a "duet" with the looped recording of the homeless man. A minimalist masterpiece, and I'm not going to ruin it by posting a sample here - you have to hear this thing in its entirety to feel its power.

"One of my favorite things that (Keith Richards) did is "Wingless Angels". That completely slayed me. Because the first thing you hear is the crickets, and you realize you’re outside. And his contribution to capturing the sounds on that record just feels a lot like Keith." -Tom Waits

Back in the mid-90's Keith Richards bought a house in Jamaica. He befriended some local rastafarian musicians (most likely while trying to score pot) and one evening he decided to record them playing live in his living room and on his porch. The result is pure magic. 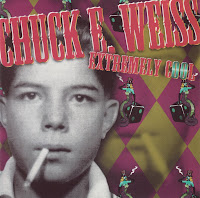 "Chuck E. Weiss is a mensch, a liar, a monkey, and a pathological Vaudevillian. He is a distant relative of Houdini's; he's a praying mantis riding an egret through a bad neighborhood. He's a reverend waving a pistol around. Basically, he's in the salvage business and you should do everything he tells you."  -Tom Waits

I've also mentioned Chuck E. Weiss in a previous blog post. Chuck would never have gotten off his ass to record his first official album if it wasn't for the encouragement, production, and guest starring of his pal Tom. 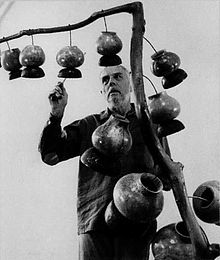 "Partch was an American hobo and the instruments he made were all built from things that he essentially found on the side of the road, not literally but figuratively. He dismantled and rebuilt his own version of the whole concept of music and its purpose... He’d worked as a migrant worker and had been on the road for half his life, and he was one of those rogue academics who worked outside the matrix. So they feared him and pretended to admire him. Like most innovators, he becomes gravel on the road that most people drive on. So he was the first one through the door and the crowd tramples him. But nobody has done anything like that since. The idea of designing your own instruments, playing them and then designing your own scale, your own system of music. That's dramatic and particularly for the time that he was doing it. It was rather subversive. It’s always fascinating to hear something being played that doesn't sound polished or evolved as an instrument. It still sounds a little bit like you’re hitting tractor parts or a dumpster door. Or you’re still in the kitchen, to an extent. The music has that extra texture to it. And then of course he’s very sophisticated and well versed in mythology so it’s got that other side to it." -Tom Waits

So, if you've always wondered what the fuck happened to Waits after "Heartattack And Vine" that led to "Swordfishtrombones", the answer is, Harry Partch happened. Waits discovered the works of this American composer, a mad genius who not only built his own instruments but also created his own 43-tone music scale, and he never came back. 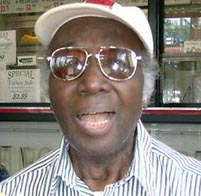 I saved the best for last. Shooby had remained a mystery for decades, with his only bootleg demo cassette (recorded under mysterious circumstances) circulating among connoisseurs like Waits until the Internet revealed him to the rest of the world. An idiosyncratic scat singer (and postal worker), totally uninhibited and probably a bit demented, he remains to this day a shining example that, in art, passion beats mastery every time. Check out this site for more, after this sample blows your mind: