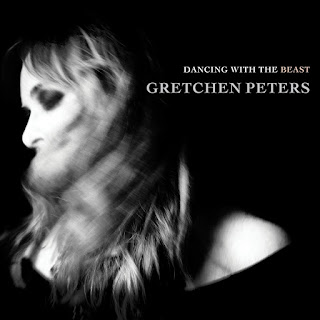 AMENT – Heaven / Hell
Pearl Jam bassist releases solo album, and this sounds EXACTLY like what you’d expect a solo album by a prominent Seattle grunge figure now in his 50’s to sound like. (7)

AT THE GATES – To Drink From The Night Itself
A much stronger album than 2014’s “At War With Reality”, this is At The Gates REALLY showing their metalcore offspring how to do the brutal/melodic thing right. (8)

BEACH SLANG – Everything Matters But No One Is Listening
Both proper Beach Slang albums have made the Music Geek’s indisputably awesome year-end Lists in 2015 and 2016 respectively, so I guess that makes me a mega-fan. This collection of acoustic re-workings of older songs, however, heavily reliant on piano and cello and released under the moniker Quiet Slang, is interesting but sort of defeats the purpose by getting rid of the loud guitars and punk energy that made the band so great in the first place. (6)

BURN THE PRIEST – Legion XX
This is basically Lamb Of God revisiting their roots and releasing their own “Undisputed Attitude”. Includes covers of songs originally recorded by The Accused, Melvins, Big Black, S.O.D., Bad Brains, Sliang Laos, Ministry, Agnostic Front, Quicksand and Cro-Mags. If you’re a fan, you need this. (8)

CARLA BOZULICH – Quieter
Bozulich must be a very unhappy person, she’s been making some rather disturbing music since the Geraldine Fibbers days but this one reaches misery levels on par with Lou Reed’s “Berlin”. (6)

GRETCHEN PETERS – Dancing With The Beast
Peters releases one of the best country albums of the year: Top-notch songwriting, killer storytelling, subtle rock overtones, this is on par with Kris Kristofferson’s best work and anything Jason Isbell has released in the last five years. (8)

JESS WILLIAMSON – Cosmic Wink
Sort of like Patti Smith being in love and doing a Dusty Springfield tribute. (7)

LOREENA McKENNITT – Lost Souls
Not sure if it’s cool to like McKennitt and her somewhat cheesy new age Celtic folk but I do, she always manages to melt the cynicism away from my cold black heart. (8)

RY COODER – The Prodigal Son
Now in his 70’s and better known as producer of the Buena Vista Social Club and for his soundtrack work (e.g. “Paris, Texas”), Cooder here proves that he’s still one of the world’s top slide guitarists, delivering an excellent blues/gospel record with a strong political message. (8)
Posted by TeenMusicGeek at 09:49