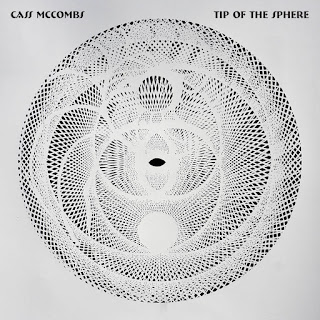 BEIRUT – Gallipoli
If you were a sensitive 20-year old in 2006 (or an immature 38-year old for that matter) that year’s “Gulag Orkestar” probably means quite a lot to you. “Gallipoli” is a strong return to form, once again combining Zach Condon’s indie rock pedigree with those beloved world folk sensibilities. (8)

BOB MOULD – Sunshine Rock
Good on him if he’s found love and internal peace but in my mind Bob Mould is not supposed to sound so, you know, happy. Some of the songs feature strings for Chrissake. (6)

CANE HILL – Kill The Sun
Nu Wave Of Nu Metal band from Nu Orleans shows a different side on semi-acoustic EP. Turns out that side looks like mellow Linkin Park. (6)

FRANK TURNER – Don’t Worry
EP featuring his latest single plus a brand new song, a track previously released only on vinyl and a fun new version of “Little Changes” with a choir. (7)

MICHAEL FRANTI & SPEARHEAD – Stay Human Vol. II
Franti’s political reggae/soul hybrid band returns with a follow-up to 2001’s excellent concept album. Good, but not as good as the first one and no Woody Harrelson this time around. (7)

PEARLS BEFORE SWINE – Balaklava (50th Anniversary Restoration)
Psychedelic cult classic from 1968 revisited. It’s really out there and otherworldly and a must for any serious 60’s collection, and great background music for your next bad acid trip too. (8)

VARIOUS ARTISTS – All The Young Droogs: 60 Juvenile Delinquent Wrecks
Another excellent Cherry Red box set – 3 CDs of 70’s glam, pre-punk and bubblegum featuring a couple of top-shelf names (Stooges, Mott The Hoople), a few great outliers (Taste featuring Rory Gallagher before he went solo, The Spiders From Mars post-Bowie…) and a whole bunch of fantastic unknown Sweet and Slade knock-offs you’ll love. (This one goes to 11)
Posted by TeenMusicGeek at 09:31