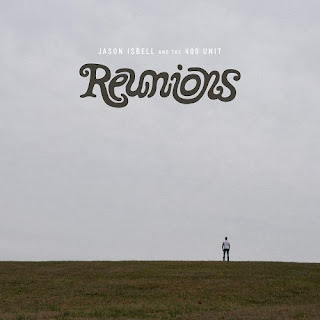 BRANT BJORK – Brant Bjork
If you’ve heard any one of Bjork’s solo albums you know exactly what to expect since they’re all the same (and all pretty good), and he sticks to the formula here: Warm and fuzzy, laid back, melodic desert rock. (7)

FAKE NAMES – Fake Names
Punk supergroup featuring members of Refused, Bad Religion, Girls Vs. Boys etc. is as good as you could possible hope it to be and a dream come true for people raised on Husker Du and/or who love the aforementioned. (8)

GREEN CARNATION – Leaves Of Yesteryear
Tchort’s prog metal band is back after a long hiatus. The album’s no dud, but compared to recent releases from Katatonia and Conception it falls a bit short. (7)

JIMMY URINE & SERJ TANKIAN – Fuktronic
Mindless Self Indulgence & System Of A Down frontmen do soundtrack for imaginary gangster film, it doesn’t work without a film. (5)

OLD MAN GLOOM – Seminar VIII: Light of Meaning
Second album this year, just as noisy as the other one. (7)

PARADISE LOST – Obsidian
Strong late-career album from goth metal veterans, this time blatantly emphasizing the Sisters Of Mercy influence on a couple of tracks. Their best in many-many years. (8)

GRETCHEN PETERS – The Night You Wrote That Song: The Songs of Mickey Newbury
One of the great living americana/country songwriters pays tribute to one of the great dead ones with stripped-down versions of classics and deep cuts. Stunning. (8)

HOT COUNTRY KNIGHTS – The K Is Silent
The Steel Panther of country music, but the jokes are smarter/funnier. (8)

JASON ISBELL & THE 400 UNIT – Reunions
Isbell’s a slow-burning one, on first listen of an Isbell album you always think “OK, a solid 7” and then, several listens down the road, its greatness suddenly dawns upon you. His songwriting and storytelling remain world-class on “Reunions”, even if production-wise there’s a departure from the straightforward country rock sound of previous albums in favor of a richer, Dire Straits-like vibe. (8)

JESS WILLIAMSON – Sorceress
A step forward with Williamson’s mix of country rock and folky pop getting more cinematic – like an earthier Lana Del Rey, with none of the meta- stuff. (8)

KAMASI WASHINGTON – Becoming (Music from the Netflix Original Documentary)
Soundtracking different scenes for a Michelle Obama documentary, Kamasi serves up 15 bite-sized nuggets of (mostly) smooth jazz. By the time you get into the groove of each, it’s over. (7)

WILLIE NILE – New York At Night
Even when he favors a rootsier sound reminiscent of Springsteen/Dylan, Nile is that very “New York” type of rock person like Lou Reed or Debbie Harry or the Ramones, and this album is his ode to that great city. (8)