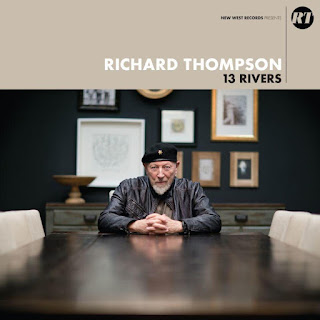 AARON LEE TASJAN – Karma For Cheap
His previous album, 2016’s Gram Parsons-informed “Silver Tears”, might as well be my favorite record of the last 5 years. “Karma For Cheap” rocks a bit harder in Tom Petty mode, and it’s a solid effort compared to practically anything except its predecessor. (8)

ALEJANDRO ESCOVEDO – The Crossing
A fantastic concept album about immigrants in the USA. Now 67, Escovedo manages to release what is probably the best album in his distinguished, long career, coming across as a Tex-Mex Springsteen. Guests include Joe Ely and Wayne Kramer. (8)

EMINEM – Kamikaze
When did everyone start to hate this guy? I think he’s OK and in any case his flow is flawless. (7)

FUCKED UP – Dose Your Dreams
Ridiculously ambitious double concept album featuring strings, saxophones, choirs and J. Mascis. The verdict’s still out on this one as I need a few more spins, but it’s certainly bonkers. (anything from 6 to 9)

ODETTA HARTMAN – Old Rockhounds Never Die
Plenty of artists today are trying to push the boundaries of Americana with production experiments but none is as out there as Hartman, whose songs manage to maintain a hypnotic quality while often sounding like snippets of genius ideas rather than finished tracks. (7)

PAUL SIMON – In The Blue Light
Simon revisits/reimagines 10 overlooked deep cuts from his back catalogue to coincide with his farewell tour. Fans will love this. (8)

RICHARD THOMPSON – 13 Rivers
An extraordinarily impressive return to his rock persona, on “13 Rivers” Thompson sounds more like Bob Mould’s twice-as-talented dad (and you know I’m a huge Bob Mould fan) than like Fairport Convention’s guitarist. A fantastic set of songs. (9)

SPIRITUALIZED – And Nothing Hurt
Sounds like a middle-aged version of “Ladies And Gentlemen We Are Floating In Space” but that’s not a bad thing for a middle-aged reviewer such as yours truly. Space rocker Jason Pierce fought death and came out triumphant, and if this is (as rumored) his last album then it’s a perfect epilogue to his career. (8)

SUPERSUCKERS – Suck It
Not even cancer can stop Eddie Spaghetti – the Supersuckers are back with another excellent Motorhead-meets-Steve Earle rock ‘n’ roll juggernaut. Very funny lyrics too. (8)

THE DEVIL MAKES THREE – Chains Are Broken
Yee-haw! The Devil makes four, actually, now that they have a full-time drummer on board, and their rockabilly-flavored Americana has never been as fun as it is on this album. (8)

THE LEMON TWIGS – Go To School
WTF rock musical about a chimpanzee raised by humans. Features Todd Rundgren as the chimp’s father, Jody Stephens from Big Star on drums, and a couple of jokes about bananas. (7)

THRICE – Palms
Album #10 by post-hardcore Californians shifts the sound towards a more melodic approach. Can you imagine a cross between the Deftones and Hot Water Music? (7)
Posted by TeenMusicGeek at 19:28 No comments: 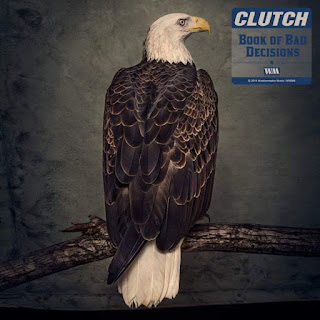 ALICE IN CHAINS – Rainier Fog
Grunge by proxy, metalheads deep down, on new release that will keep the fanbase happy. (7)

CLUTCH – Book Of Bad Decisions
Textbook definition of what hard rock should sound like. A couple of songs too long though. (8)

ENUFF ZNUFF – Diamond Boy
Cult power-pop heroes erroneously marketed as glam metal back in the day provide another set of catchy Cheap Trick-esque ditties. Guitarist Chip also assumes vocal duties as singer Donnie is M.I.A. Not bad, but do yourself a favor and listen to their fantastic 1989-2003 albums. (7)

NASHVILLE PUSSY – Pleased To Eat You
It’s a Nashville Pussy album so what did you expect? Of course it’s about dope, guns, and fucking in the streets. (7)

PRIMITIVE MAN & UNEARTHLY TRANCE – Split
Imagine someone drilling a hole in your cranium with a Black+Decker but instead of, say, a normal speed of 1000 RPM, this drill operates at 4 RPM. (666)

SATAN – Cruel Magic
A combination of great guitar work and piss-poor production gives this album an air of NWOBHM authenticity, not that they need it. Jump right in if you’re into old-school heavy metal. (7)

SUICIDAL TENDENCIES – Still Cyco Punk After All These Years
I wonder what Dave Lombardo’s salary is, if Mike Muir is using him as the only selling point for rehashing old material. (6)

SUMAC – Love In Shadow
Crushingly heavy yet strangely melodic this will certainly appeal to fans of previous bands these guys have been in, the most prominent of which was Isis. (8)

Posted by TeenMusicGeek at 19:21 No comments: