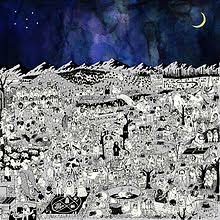 CREEPER – Eternity In Your Arms
UK horror-punk hopefuls with stadium rock ambitions, combining the Misfits and Meat Loaf to come up with a sound that ultimately comes closer to the epic epicness of “Black Parade”-era My Chemical Romance than to anything else. This is perfect teenage music. (8)

DREAD SOVEREIGN – For Doom The Bell Tolls
A different kind of doom, less epic than Doomocracy and certainly more evil, the kind of stuff that’ll turn your children into Satanists. From Primordial’s Nemtheanga. (7)

MASTODON – Emperor Of Sand
It’s Mastodon so of course it’s good, however the band seems to have lost some of its sense of adventure, occasionally settling on autopilot. But in any case I don't think I'm even allowed to ever give them anything less than an (8).

MOTHER’S FINEST – Love Changes: The Anthology 1972-1983
Anthology for coed, biracial pioneers of the funk/hard rock hybrid and one of the greatest live acts ever, the only band to ever kick ass supporting Parliament/Funkadelic AND Aerosmith on consecutive evenings in the 70’s with the same set. Great stuff up to 1981, but most the 1983 “lost” album included here in its entirety is disco crap. (7)

THE OBSESSED – Sacred
Wino’s cult doom metal outfit is back with a kick-ass album you can accurately call heavy as fuck. Of course he’s changed the line-up 3 times already in the last 12 months so don’t expect this to be long-term, but enjoy it while it lasts. (8)

DIAMANDA GALAS – At St. Thomas The Apostle Harlem / All The Way
The power of her voice is scary and on these two albums she proves to be quite a formidable piano accompanist as well. But still it’s hard to derive any real pleasure from listening to this stuff, no matter how much you admire the accomplishment. (?)

FATHER JOHN MISTY – Pure Comedy
I really can’t stand the guy’s whole “poster boy for hipsterism” status and attitude but I have to admit, this is a magnificent album that Harry Nilsson or a 25-year old Elton John would’ve been proud to call their own. (8)

JULIA HOLTER – In The Same Room
A collection of songs from her past albums re-arranged and recorded live in the studio over two days. An interesting experiment that shouldn’t normally work this well as it’s chamber pop we’re talking about. (7)

NELLY FURTADO – The Ride
Look, I love Nelly, OK? I’ve loved her ever since I came across “Sh*t On the Radio” on Australian MTV upon arriving in Melbourne in 2002, immediately heading out into an unknown city in search of a record store because of her despite the worst jetlag in history. And I’ll always love her because she’s a big pop star who’s not afraid to reinvent herself with every album. (7)

WILKO JOHNSON – I Keep It To Myself: The Best Of Wilko Johnson
A collection of tracks recorded between 2008 and 2012 before the world rediscovered Wilko thanks to the #1 hit album with The Who’s Roger Daltrey and the amazing cancer survival story, including unnecessary reworkings of several Dr. Feelgood classics. Great guitar work, terrible singing, non-essential listening really. (6)

Posted by TeenMusicGeek at 21:57 No comments: Links to this post