DANZIG – Black Laden Crown
His once mighty voice has been reduced to a pathetic croak and all the songs sound the same but he’s our Glenn, we love him. (7)

FATES WARNING – Awaken The Guardian Live
Two complete festival appearances with John Arch on vocals to celebrate that album’s 30th anniversary on CD and DVD and if you’re a fan of progressive metal you know what that means. The playing’s a bit sloppier than that of the current line-up but who the fuck cares. (10)

FUCKED UP – Year Of The Snake EP
Epic 24-minute main track starts out psychedelic, then goes all-out Rush. Also includes a totally mental instrumental that a high-on-peyote Pete Townshend would’ve been proud of. (9)

LINKIN PARK – One More Light
Where the fuck did the guitars go? (5)

MUTOID MAN – War Moans
Supergroup featuring members of Cave In and Converge gets dangerously close to The Metal and IT OWNS. This one will melt your face, seriously. (8)

NIGHT FLIGHT ORCHESTRA – Amber Galactic
After the Deep Purple-isms of the sophomore album they’re back to retrofuturistic AOR on this one, channeling everyone from Toto to Boston. (8)

SOLSTAFIR – Berdreyminn
Berdreyminn is to Otta what One Second was to Draconian Times and what Alternative 4 was to Eternity. If you didn’t understand that sentence please move on to the next review. (8)

ALGIERS – The Underside Of Power
2015’s debut left a mark with its post-punk/gospel hybrid. On this year’s follow-up they go political and crank up the industrial noise. (8)

DANIEL ROMANO – Modern Pressure
I keep waiting for this guy to create the masterpiece I know he has inside of him, a perfect marriage of power-pop and countrypolitan, but he falls short every time, probably because the sound in his head is much bigger than the cheapo production he can afford. (7)

JASON ISBELL & THE 400 UNIT – Live From Welcome To 1979
“Welcome To 1979” is an analogue recording studio in Nashville and Isbell definitely sounds very analogue on this vinyl-only EP covering the Rolling Stones, Bruce Springsteen, John Prine and Candi Staton. (8)

Posted by TeenMusicGeek at 12:27 No comments: 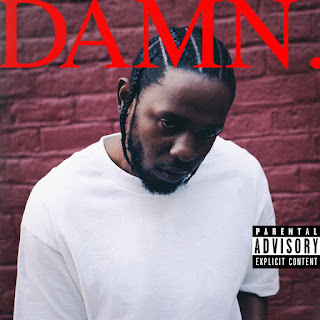 ANGALEENA PRESLEY – Wrangled
Pistol Annie #3 stays true to the gang’s mission to save country music from the baseball cap-wearing, pickup truck-driving bros. Miranda and Ashley should be proud. (8)

AT THE DRIVE-IN – in•ter a•li•a
Overflowing with frantic punk energy, this comeback album is better than what we sceptics thought it would be. (8)

BEE GEES – Timeless: The All-Time Greatest Hits
I was never fond of Barry Gibb’s falsetto singing style and of course growing up as a rocker in the post-disco era I wasn’t allowed to like the Bee Gees anyway, but objectively speaking this is an absolutely perfect set of pop songs. (10)

BRAD PAISLEY – Love And War
A true guitar hero with solid songwriting skills, a sense of humor and A-list guests like Mick Jagger, John Fogerty and Timbaland on another set of arena-sized anthems and power ballads, once again proves that country is the new AOR. Great stuff if you enjoy holding your lighter up in the air. (7)

CHRIS STAPLETON – From A Room: Volume 1
Country music’s latest breakout star returns with the follow-up to his 2015 award-winning, chart-topping debut "Traveler" and this time, knowing that people will listen anyway, he takes risks with a more raw approach, presumably his true sound. And that voice will give you the chills. (8)

COLIN STETSON – All This I Do For Glory
This guy does to the saxophone what Jimi Hendrix and Eddie Van Halen COMBINED did to the electric guitar. (8)

FEIST – Pleasure
Weird Canadian lo-fi folkie recorded this while fighting depression and that’s what she more or less sounds like, but in a good way. Fun fact: Google the Mastodon connection. (7)

GALLEY BEGGAR – Heathen Hymns
UK electric acid-folk band in the Fairport Convention mold but late by half a century, I honestly can’t see the point but Lee Dorrian likes this hippy shit so maybe you want to give them a chance. (6)

HAYSEED DIXIE – Free Your Mind And Your Grass Will Follow
It looks like they’ve finally ran out of heavy metal and classic rock songs to cover in a bluegrass style, as this time they also play tunes by Bob Marley, Marvin Gaye, Elvis Costello, The Temptations, Michael Jackson, Sam Cooke and The O’Jays. (6)

JOAN SHELLEY – Joan Shelley
Galley Beggar could learn a thing or two from Shelley about the difference between being a nostalgia act and being simply timeless. This is a fantastic folk record, with excellent minimalistic production by Wilco’s Jeff Tweedy. (8)

JOHN MELLENCAMP– Sad Clowns & Hillbillies
Mellencamp’s rootsy new album features quite a few duets with country royalty Carlene Carter and an impressive list of other guests, including Izzy Stradlin’ on the album’s rockiest track. And his voice is starting to sound like Tom Waits, that’s a plus in my book. (8)

JOHN MORELAND – Big Bad Luv
Another ex-punk embracing country who ends up sounding “Springsteen-esque”. But he’s one of the better ones. (8)

KENDRICK LAMAR – DAMN.
It’s hard to imagine anyone coming up with a better hip hop album in 2017, even if the strong jazz flavor of “To Pimp A Butterfly” has been replaced with Rihanna and U2 guest slots this time around. (9)

LIFE OF AGONY – A Place Where There’s No More Pain
Can’t be objective about LOA, they mean too much to me since my New York days and “River Runs Red”. Just as a point of reference, this one’s closer to “Ugly” and should appeal to everyone with ears. Criminally underrated band. (11)

MARK LANEGAN BAND – Gargoyle
Husky baritone Lanegan goes even deeper into electronica compared to 2014’s “Phantom Radio”, with notable exceptions like “Emperor” – a surefire rock hit if any Lanegan song ever deserved to be one. (8)

MAXIMO PARK – Risk To Exist
God I miss Maximo Park of “A Certain Trigger”, the best Britpop album you’ve never heard. They’re still a good band (check out the awesome track “Get High”!) but never been able to match that one. (7)

PRESERVATION HALL JAZZ BAND – So It Is
This is the kind of jazz that makes people who think they don’t like jazz like jazz. (8)

RAW SILK – The Borders Of Light
Fans of Raw Silk’s cult classic 1990 melodic hard rock debut will be surprised, and possibly disappointed, when they realize this much belated follow-up sounds nothing like it – “The Borders Of Light” clearly leans towards prog/pomp and could definitely use a few more hooks. (6)

SHERYL CROW – Be Myself
After 2013’s country experiment Sheryl goes back to doing what she does best mixing rock with pop and Southern-fried Memphis soul, i.e. being herself. (7)

THE MOVE – Magnetic Waves of Sound: The Best Of
Great compilation chronicling Roy Woods’ development between 1966 and 1972 from Beatles copycat to the proto-metal of “Brontosaurus” and the band’s eventual transition into the Electric Light Orchestra. (8)

ULVER – The Assassination Of Julius Caesar
So, exactly how was Julius Caesar assassinated? Did someone play this album for him on repeat until he died of boredom? (5)

WOLF EYES – Undertow
Don’t get sold on the “trip metal” label, “ugly and uncomfortable free jazz noisecore” is a much more accurate description. (6)

ZU – Jhator
Baritone sax/drums/bass power trio creates very meta- album featuring virtually no recognizable baritone sax, drums or bass sounds until the 17-minute mark. Great for getting stoned to though. (7)
Posted by TeenMusicGeek at 13:23 No comments: