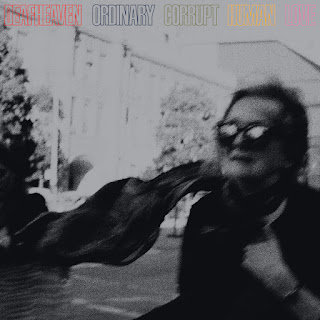 CONVERGE – Beautiful Ruin
Surprise EP, 4 songs, 7 minutes. Obviously left off the band’s last album for being much punkier and not fitting that tracklisting. It will melt your face off. (7)

DEAFHEAVEN – Ordinary Corrupt Human Love
You can talk about “hipster metal” all you want but it doesn’t change the fact that this is a fuckin’ monster of an album, emotionally reaching deep and hitting home in so many different ways. Perhaps even better than “Sunbather” – don’t even bother with the “yes but is it metal?” debate, just open your ears and LISTEN for a change. (9)

FATES WARNING – Live Over Europe
Half this blog’s readers are metalheads, for a minute there I felt the need to justify this album’s score for the other half’s benefit but decided not to. (10)

LUCIFER – II
This time around Gaz Jennings (Cathedral) has been replaced by Johanna Sadonis’s beau, Nicke Andersson, so naturally the sound on “II” doesn’t just rock like on the debut, it rolls too. (8)

THE NIGHT FLIGHT ORCHESTRA – Sometimes The World Ain’t Enough
Less guitars, more keyboards, a touch of disco this time around. The songwriting remains top-notch and you’re unlikely to hear a better AOR record this year, but I prefer the previous, harder-edged albums. (7)

CHARLES LLOYD & THE MARVELS FEATURING LUCINDA WILLIAMS – Vanished Gardens
Wow. Essentially a jazz combo but one that instills its bebop with southern roots rock brings respected singer/songwriter along for the ride. This is beautiful. (8)

COWBOY JUNKIES – All That Reckoning
A band responsible for a whole genre – Americana was born when the Cowboy Junkies decided to take country music’s roots and kick ’em in the butt by throwing some Leonard Cohen and Velvet Underground into the mix. And 30 years down the road, they release one of their best albums. (8)

KAMASI WASHINGTON – The Choice
Bonus EP hidden in the center gatefold of physical vinyl copies of last month’s release “Heaven And Earth”, now available on streaming services as well. Same maximalistic approach to jazz, plus a lovely cover of “Will You Still Love Me Tomorrow”. (8)

KINKY FRIEDMAN – Circus Of Life
Kinky’s certainly an interesting character and a very funny guy. He’s also a competent songwriter, if you’re into the Willie Nelson School of country music. (7)

THE END – Svårmod Och Vemod Är Värdesinnen
Definitely uneasy listening, this is a noise/jazz/rock hybrid featuring two baritone saxophones and avant-garde singer Sofia Jernberg. If John Zorn had married Diamanda Galas, the band formed by their kids would probably sound something like this. (7)
Posted by TeenMusicGeek at 09:53 No comments: