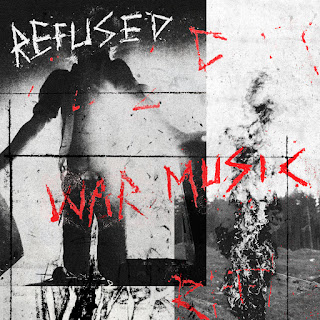 DESERT SESSIONS – Vols. 11 & 12
Josh Homme’s jam sessions return 16 years after Vols. 9 & 10. Guests this time are more mainstream than usual, whatever that signifies for Homme’s current status in the rock world, including Billy Gibbons, Les Claypool, the guy from Scissor Sisters etc. Not their best, still an enjoyable ride through the desert. (7)

FLOATING POINTS – Crush
I’m not an electronica expert but I loved this guy’s instalment of the “Late Night Tales” compilation series so I decided to give his own album a chance, and I’m in two minds about it: On one hand I love the dancefloor/techno stuff like the magnificent single “LesAlpx”, but on the other hand I don’t have the patience for his more glitchy stuff. (8/6)

MAYHEM – Daemon
First album post-“Lords Of Chaos” (the movie), “Daemon” proves that these black metal veterans can still sound ferocious but are no longer the pioneers of extremity they once were, having been surpassed by younger bands from France and North America. (7)

RAY ALDER – What The Water Wants
Alder goes for a mellower vibe than that of his day job in Fates Warning, sticks to his mid-range, writes some good stuff, ends up with an excellent melodic hard rock album with discreet prog overtones. If you’re one of those who cream their pants thinking about “Parallels”/”Inside Out”, this is closer to that than Fates Warning will ever get again (even with the mid-range singing) (8)

REFUSED – War Music
Everyone’s favorite extreme-left punks and true heirs to the MC5 legacy are back with a second post-reunion gem. (8)

ROB HALFORD WITH FAMILY & FRIENDS – Celestial
Judas Priest frontman releases album of Christmas carols with his brother on drums, his nephew on bass etc. No offense to the Metal God but this is a bit ridiculous. (5)

SCREAMING FEMALES – Singles Too
A collection of rarities and covers that also serves as a chronicle of the band’s development from sloppy indie rockers in 2006 to one of the world’s best punk bands today, even making The List last year. (7)

SUNNO))) – Pyroclasts
A companion album to ¨Life Metal” that was released earlier this year, “Pyroclasts” includes 4 improvisations, each 11 minutes long, recorded during the same sessions, which take the term “drone” to extreme levels. (∞)

SWANS – Leaving Meaning
Nowadays Swans are more like an artist collective than a band per se with Gira joined here by former band members as well as guests like Australian avant-jazz combo The Necks, experimentalist Ben Frost, goth royalty siblings Anna & Maria Von Hausswolff and others, but it still sounds like post-2010 Swans, i.e. loud, grim, disturbing, and great. (8)

THE BARRENCE WHITFIELD SOUL SAVAGE ARKESTRA – Songs From The Sun Ra Cosmos
Barrence Whitfield is one of the Music Geek’s all-time favorite singers/screamers and this time he goes way, way off his beaten soul/garage rock path, all the way to Saturn where Sun Ra’s out-there jazz came from, Funkadelicizing some of this weirdo’s better known compositions. This is pretty great, actually. (8)
Posted by TeenMusicGeek at 19:53 1 comment: 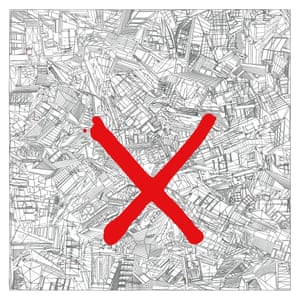 AEROSMITH – Rocks (Remastered)
It’s one of the 10 best hard rock albums of all time so if you don’t already own it, get it NOW. Good remaster, you can taste the sleaze when this version is playing. (10)

DANNY BROWN – Uknowhatimsayin
More streamlined than the experimental, claustrophobic “Atrocity Exhibition” which made The List back in 2016 it’s also much-much funnier, with Brown delivering killer lines with the razor-sharp precision of a world-class standup comic over some classic hip-hop beats. (8)

KEFAYA & ELAHA SOROOR – Songs of Our Mothers
Traditional folk songs from Afghanistan given the jazztronica treatment from a bunch of London-based multi-culti expats. Very interesting. (8)

LIFE OF AGONY – The Sound Of Scars
“River Runs Red” means so much to so many people (yours truly included) that recording a sequel 25 years later is a high-risk move, especially since the band moved away from the old-school NYHC roots that fueled “RRR” almost immediately after releasing it. Nevertheless, this is a great “alt-metal” album on par with all LOA albums that followed the legendary debut. “RRR” it’s not, but it will do. (8)

LIGHTNING BOLT – Sonic Citadel
Lightning Bolt are one of the great mysteries of life: Two dudes creating such loud obnoxious noise with unintelligible vocals on top isn’t supposed to sound so awesome, especially on the seventh album and 20 years after the debut. And yet here we are, ”Sonic Citadel” is fun and catchy and, you know, loud and obnoxious and noisy. (8)

MENZINGERS – Hello Exile
Is “Punk Rock That Sounds Like Springsteen” a genre? In any case, if you like the Hold Steady or the Gaslight Anthem then you’ll certainly like these guys too, even though I doubt they’ll ever top 2012’s “On The Impossible Past”. (7)

NICK CAVE & THE BAD SEEDS – Ghosteen
We all know that alongside a handful of others (Neil Young and Bob Dylan, most notably) this guy has total immunity and anything he releases will always be immediately hailed as a masterpiece, but I’m not yet sure that “Ghosteen” is really a masterpiece because I haven’t listened to it enough, and the reason I haven’t listened to it enough is because I find another album about the loss of a child incredibly difficult to listen to. (-)

RICHARD DAWSON – 2020
It’s impossible to pin down Dawson, but I will compare him to Bob Dylan even though he sounds nothing like Dylan – it’s just that they are both world-class wordsmiths rooted in the folk tradition, who write great songs they try to sing themselves despite having voices that are (to be polite about it) an acquired taste. “2020” is Dawson’s hookiest, most pop album to date, if you dare call “pop” something as weird and twisted and abrasive as this. (9)

OPETH – In Cauda Venenum
I liked this more than I liked any Opeth album in over a decade. I still liked them more when they had death growls. (8)

STURGILL SIMPSON – Sound & Fury
The WTF album of the month comes from country music’s savior who just released an album containing exactly 0% country music: “Sound & Fury” is synth-rock that for the most part sounds like LCD Soundsystem covering ZZ Top’s “Eliminator”. (7)
Posted by TeenMusicGeek at 07:50 1 comment: