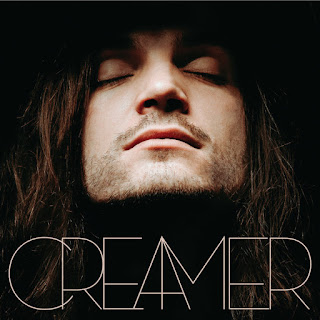 CREAMER – Creamer
Fantastic power-pop debut album that sounds like a 21st century version of Big Star/Harry Nilsson/Badfinger. Yes, it’s THAT good. Would’ve most probably made the Music Geek’s Top-20 for 2018, but we we’re still waiting for a physical release (so far only available as a digital download and on streaming services). (8)

ERIC & JEFF CLAYTON – Bowie Decade
Clearly a labor of love from the brothers behind Christian gothic metal band Saviour Machine, covering one Bowie song from each year between 1969 and 1980. And in case you weren’t sure where they got their band name from, now you know. (7)

I’M WITH HER – See You Around
Missed out on this when it first came out last year, but it’s a nice little record by an all-female acoustic folk supergroup of sorts. The three voices blend beautifully but as recent female rootsy supergroups go, both Pistol Annies and case/lang/veirs did better than these ladies on the songwriting front. (7)

LOW – Double Negative
I always fall for this: I read reviews highly rating an album but decide it’s not for me because they compare it to Radiohead’s “Kid A", then year-end comes along and it tops every hip year-end list so I finally decide to listen to it, only to realize that it’s really not for me. (7)

REVEREND HORTON HEAT – Whole New Life
The Reverend kills his guitar and sings like a punk Eddie Cochran, the rhythm section is all wild upright bass and crazy snares and rimshots, just what you’d expect from a RHH album. (7)

THE PURSUIT OF HAPPINESS – Love Junk (Deluxe Edition re-issue)
When this was originally released pre-grunge in 1988, people didn’t know what to make of it: The melodies were too pretty for punk, the lyrics too smart for metal, the guitars too loud and the hair too long for pop. I loved it. Re-released with bonus tracks 30 years down the road it still sounds great and “I’m An Adult Now” remains one of the greatest young adulthood anthems of all time. (9)

WILLARD GRANT CONSPIRACY – Untethered
Recorded and shelved before Robert Fisher’s untimely death in 2017 and completed by close collaborators, “Untethered” is a heartbreaking affair reminiscent of Nick Cave’s Bad Seeds at their most depressing. Guests include Steve Wynn and Chris Brokaw. (8)

Posted by TeenMusicGeek at 18:07 No comments: Links to this post