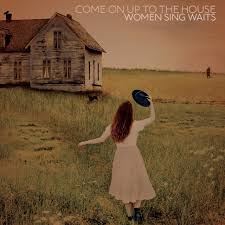 LEONARD COHEN – Thanks For The Dance
Posthumous release consisting mainly of an 82-year old Cohen reciting poems fleshed out into songs by his son, producer Adam Cohen, with significant contributions from people like Beck, Jennifer Warnes and that guy from The National. Recommended if You Want It Even Darker. (8)

MAMIFFER – The Brilliant Tabernacle
Post-rock royalty husband/wife team of Faith Coloccia and Aaron Turner release fifth album and move further away from the darkness of their early work, towards the light. (7)

MUSTASCH – Killing It For Life
This is killer, the most metal-sounding Mustasch album in ages and totally early 80’s, so RIYL “Blackout”-era Scorpions, “Bark At The Moon”-era Ozzy, that sort of thing. (8)

PAUL KELLY – Songs From The South: Greatest Hits 1985-2019
Exactly zero people outside Australia have ever heard of Kelly which is a crime because the guy writes amazing songs, many of which are collected on this double album. Imagine a (VERY Australian) pub rocker who’s got Elvis Costello’s sense of melody and Phil Lynott’s way with words and you’re halfway there. Me, I’ve got a new favorite artist. (9)

WILLIE NILE – Beautiful Wreck Of The World (Remastered)
Willie is the rock world’s best kept secret, the quintessential NYC troubadour (think a funkier-folk-punk Lou Reed) and a songwriter’s songwriter who releases consistently strong, catchy albums even if in some cases it took him a decade to do so. This is his fourth album from 1999 remastered for its 20th anniversary, and it’s one of his best including his crowning achievement of a song, the Jeff Buckley tribute “On The Road To Calvary”. (8)

VARIOUS ARTISTS – Come On Up To The House: Women Sing Waits
Top-tier female artists (Aimee Mann, Allison Moorer & Shelby Lynne, Rosanne Cash…) pay tribute to Tom Waits, and with his junkyard dog bark of a voice replaced by these heavenly pipes his songs rise above the hobo/boho persona to glow in all their beauty. Patty Griffin’s version of “Ruby’s Arms” brings tears to my eyes. (9)

VARIOUS ARTISTS – If You're Going To The City: A Sweet Relief Tribute To Mose Allison
Tribute to a great jazz/blues outsider and social satirist featuring interpretations of his songs by artists as diverse as Taj Mahal and Iggy Pop. Fiona Apple in particular contributes 101 outstanding seconds of music with “Your Molecular Structure”, Richard Thompson slays “Parchman Farm” and Elvis Costello’s duet with Allison’s daughter on “Monsters Of The Id” is totally bonkers. (8)
Posted by TeenMusicGeek at 09:25 2 comments: 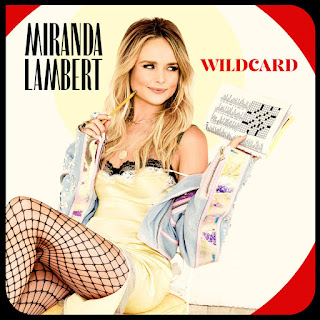 KANYE WEST – Jesus Is King
What the fuck is this shit. (4)

KINKY FRIEDMAN – Resurrection
Kinky’s a hell of a guy. He’s also a country singer/songwriter who, just like his pal Willie Nelson, can make you LOL with one song and cry with the next one, as this album (probably his best one) demonstrates. (8)

LITURGY – H.A.Q.Q.
Surprise release by controversial Brooklyn black metal band is an interesting experiment in genre-hopping cacophony that works more often than it doesn’t. The Autechre-like “CD skipping” effect is really annoying, but almost everything they do is annoying to a lot of people anyway so that’s OK. (7)

LOREENA McKENNITT – Live at the Royal Albert Hall
You either love McKennitt in which case you’ll enjoy this live album immensely, or you think she’s just new age horseshit in which case you can go back to drawing animal figures on the walls of your cave or hunting mammoths or whatever it is you Neanderthals do. (8)

MAVERICKS – Play The Hits
One of the best party bands on the planet, these Latino country rockers celebrate their 30th anniversary with a great covers album of songs originally by Waylon Jennings, Bruce Springsteen, Elvis Presley etc. given the royal Mavericks treatment. (8)

MIRANDA LAMBERT – Wildcard
Lambert keeps getting better with every album and on “Wildcard”, without cutting off her country roots, she clearly ventures into rock territory. Great songwriting on par with peak-career Sheryl Crow, great lyrics, great everything. (8)

NILE – Vile Nilotic Rites
Another slab of Middle Eastern-flavored sonic violence from Morbid Angel’s top disciples. It’s been promoted as a comeback and a return to form but, really, if you like one Nile album you like them all. (8)

SCHAMMASCH – Hearts of No Light
What started out as a competent yet straightforward black/death metal band a-la Behemoth has now completed its transformation into a totally unpredictable prog-avant monster which, in 2019, will probably be as divisive as their compatriots Celtic Frost were back in 1987. And that’s a very, very good thing. (8)

SUDAN ARCHIVES – Athena
Somewhere between Solange, whom I love, and FKA Twigs, whom I don’t get, but a bit more Afrocentric. (7)

TINDERSTICKS – No Treasure But Hope
Moving to Ithaca, Greece must have had some serious effects on Tindersticks mainman Stuart Staples' state of mind – a couple of songs on their new album, including first single “Pinky In The Daylight”, sound more like Manos Hatzidakis than like Tindersticks. (7)

VARIOUS ARTISTS – I'm A Freak 2 Baby: A Further Journey Through The British Heavy Psych And Hard Rock Underground Scene 1968-73
A sequel to a great compilation released three years ago, this 3-CD collection with the self-explanatory title includes a few names you’ll recognize (Budgie, Jeff Beck, The Move, Atomic Rooster, Edgar Broughton Band, The Crazy World Of Arthur Brown...), a lot of total unknown proto-metal acts you’ll be thrilled to discover, and more cowbell than a 100-acre pasture on the Swiss Alps. (10)

Posted by TeenMusicGeek at 19:59 No comments: