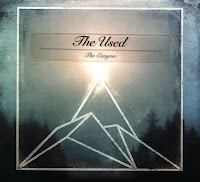 BELL WITCH – Mirror Reaper
This is doom metal for the real sickos, basically one 84-minute long track that’s heavy like the tombstone under which you’re being buried alive. Amazing artwork. (8)

ENSLAVED – E
The first 2.5 minutes of this sounds like Radiohead. Then you get some proggy black metal, then the second and third tracks have clean vocal parts copy/pasted from Mastodon, then there’s some saxophone too. So it’s either a band trying too hard to impress or a band giving zero fucks, your call. (7)

GRUNTRUCK – Gruntruck
Third album of pioneering Tier-2 Seattle grunge band featuring members of Skin Yard and The Accused, recorded in the 90’s and finally released. A nice piece of nostalgia. (7)

LYDIA LOVELESS – Boy Crazy & Single(s)
The EP that paved the way for the Music Geek’s top album of 2014 now re-issued including three non-album singles and the three best covers you’ll hear this month (Kesha’s “Blind”, Prince’s “I Would Die 4 U” and Elvis Costello’s “Alison”). (8)

MARGO PRICE – All American Made
Very traditional country in the Loretta Lynn/Dolly Parton tradition, the only non-traditional thing about it is the Jack White association. Includes the mandatory Willie Nelson duet and the title track includes a tribute to Tom Petty, most likely recorded before his passing. (7)

NAZORANAI –Beginning To Fall In Line Before Me, So Decorously, The Nature Of All That Must Be Transformed
Avant-garde supergroup consisting of Keiji Haino, Stephen O’Malley and Oren Ambarchi improvising in the black hole between noise, jazz and rock. If you play this loud enough you’ll not only see God, but feel like He just fucked you in the ass. (8)

ROBERT PLANT – Carry Fire
Arabic-flavored drone rock from legendary vocalist. Hats off to Plant, instead of making millions on a Led Zep reunion he chooses to keep his creativity sharp. (8)

THE USED – The Canyon
This is unheard of: A mediocre second-rate emo band that never mattered or showed much of a promise and has been around for 15 years releases its seventh album and suddenly has a near-masterpiece in its hands. Deep heart-wrenching lyrics, excellent production (Ross Robinson) and songwriting on par with My Chemical Romance. (8) 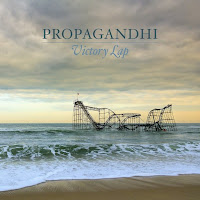 GRAVE PLEASURES – Motherblood
Post-punk you can dance to, sort of like a Sisters Of Mercy/Bauhaus/Billy Idol hybrid. Slightly better than “Dreamcrash”, not as good as “Climax”. (7)

JOHN ZORN’S SIMULACRUM – The Garden of Earthly Delights
Bassist Trevor Dunn (Mr. Bungle, Tomahawk, Melvins) joins Zorn’s progmetal vehicle for a mostly instrumental musical extravaganza loosely based on the work of Hieronymus Bosch. Not for the faint of heart. (7)

KAMASI WASHINGTON – Harmony Of Difference
If “The Epic”’s 3-hour epicness was too much for your attention span, you smartphone-generation goldfish, this wonderful EP only contains 5 short pieces so it’s the perfect opportunity for you to finally meet the guy who made jazz cool again. (9)

PRIMUS – The Desaturating Seven
Concept album based on a children’s book about goblins eating rainbows. Yes, I know. And even though it does figure the original 90’s line-up of Claypool-LaLonde-Alexander, there’s nothing as catchy as “Jerry Was A Race Car Driver” or “My Name Is Mud” here. (6)

PROPAGANDHI – Victory Lap
Real talk: 2017’s top-5 metal albums to date were all released by punk bands. This is one of them. (9)

PROTOMARTYR – Relatives In Descent
A much better post-punk record than Grave Pleasures’. But you can’t dance to it and the girls won’t like it much. (8)

SONS OF APOLLO – Psychotic Symphony
Progressive/metal supergroup, basically a Dreamer Theater spin-off, exploring their inner Rainbow. I don’t hear stuff like this often nowadays and I sort of miss it. (8)

THE WEATHER STATION – The Weather Station
We’ve already had great albums by Laura Marling, This Is The Kit, Jesca Hoop and Joan Shelley this year, the Weather Station/Tamara Lindeman’s latest is OK but adds little to the female folky singer/songwriter genre. (7)
Posted by TeenMusicGeek at 16:05 No comments: Links to this post