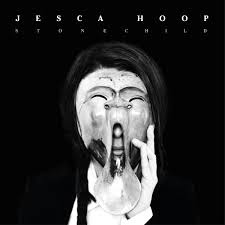 ANATOLIAN WEAPONS FEAT. SEIRIOS SAVVAIDIS – To The Mother Of Gods
Aggelos Baltas blends his sample-based psychedelia/krautrock with the traditional Greek folk sounds of Savvaidis and the results are awesome. (8)

BEASTWARS – IV
Doom/sludge heroes from New Zealand return after the singer’s battle with cancer, and the album is about that experience. Heavy stuff, in more than one sense of the word. (8)

BEDOUINE – Birdsongs Of A Killjoy
Syrian-American folkie’s second album is a very L.A. affair, sunny and warm and lush. (7)

BLACK KEYS – “Let’s Rock”
The Black Keys return in full-on classic rock mode, ripping off everyone from ZZ Top (“Lo/Hi”) to “Stuck In The Middle With You” (“Sit Around And Miss You”) and having tons of fun doing it. Let’s rock, indeed. (8)

DRIVIN N CRYIN – Live The Love Beautiful
Legendary, underrated band at the crossroads between southern rock and power pop return after a decade-long absence with a fantastic album. Aaron Lee Tasjan produces and does a splendid job at it. (8)

JADE JACKSON – Wilderness
A great punky country rock album by this young lady, produced by Social Distortion’s Mike Ness. People compare her to Lucinda Williams but sticking to her own generation I’d say she’s more of a kindred spirit to Lydia Loveless. (8)

JESCA HOOP – Stonechild
If you thought folk music is just fingerpicked acoustic guitars and gentle melodies, Hoop’s album will blow your mind with its totally bonkers songwriting and hallucinatory imagery. This is one of the weirdest, sexiest, most adventurous albums of the year. (9)

LUKAS NELSON & PROMISE OF THE REAL – Turn Off The News (Build A Garden)
After making a name backing Neil Young and Bradley Cooper’s character in “A Star Is Born”, Willie’s son and his band release a wonderful Wilburys/Petty-esque album. Guests include dad, Young, Sheryl Crow and Kesha. (8)

MELVINS & FLIPPER – Hot Fish EP
Melvins influenced every grunge and sludge band, and Flipper influenced Melvins, and this collaborative EP by two of America’s cultest cult bands is out on Amphetamine Reptile Records – a triple guarantee of quality when it comes to obnoxious noise. (7)

RACONTEURS – Help Us Stranger
The most fun/classic rock record Jack White has been involved with in a very long time. (8)

WILLIE NELSON – Ride Me Back Home
The guy’s almost 90 and he’s still releasing good albums, his voice is in top form and his guitar playing remains impressive. By the way, have you seen his guitar? It looks even older than he does. (7)