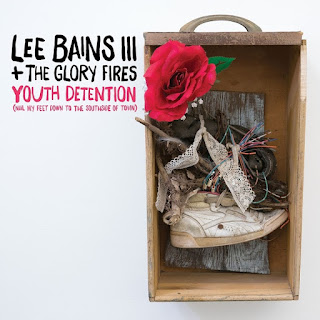 ARCADEA – Arcadea
Mastodon’s Brann Dailor on drums and vocals plus two guys playing synthesizers. No guitars, no bass, yet this is METAL. Dailor goes crazy here, this is his best drum performance since “Blood Mountain”. (7)

CIRCLE – Terminal
Mad Finnish kraut-psych-heavyrockers release their 52nd (!) album and it’s a glorious mess that sounds like their previous 51 albums all played simultaneously. (8)

DANIEL O’SULLIVAN – Veld
O’Sullivan is definitely someone to follow – either with his own bands (Grumbling Fur, Mothlite) or his collaborations (SunnO))), Ulver) he always creates some otherworldly sounds. This solo album is pastoral yet abstract, experimental but pop in an Eno-y kind of way. (7)

FIVE HORSE JOHNSON – Jake Leg Boogie
As I’ve said before listening to Five Horse Johnson makes me want to give up everything, buy a blues harp, a bottle of Jack Daniels and a cheap second-hand black suit, move to the Arizona desert and start a band singing Steppenwolf, Black Oak Arkansas and Dr. Feelgood covers in the only bar within a 100-mile radius (sawdust on the floor, only draught beer, WC without any toilet paper, redneck clientele always ready for a good fight). (8)

FLOGGING MOLLY – Life Is Good
Just like their East Coast Celtic punk counterparts the Dropkick Murphys it’s impossible not to like Flogging Molly, even when they tone it down a notch. (7)

HERE LIES MAN – Here Lies Man
Marcos Garcia from Antibalas put together this band to address the question “what if Black Sabbath played afrobeat?” Judging from the results I guess the answer would be “Funkadelic”. (7)

LEE BAINS III & THE GLORY FIRES – Youth Detention
They label themselves “pure Alabama rock ‘n’ roll”, apparently what this means is that they add the Who’s class, the Rolling Stones’ swagger and Husker Du’s sense of urgency/melody to a swampy southern rock/garage/soul brew. I’m in love. (9)

RADIOHEAD – Ok Computer Oknotok 1997-2017
Not a lot to be said about the anniversary reissue of what is arguably the best album since 1997, perhaps even since 1977. We just have to note that this edition includes three (good!) unreleased tracks and eight b-sides. (10)

ROCQAWALI – Sufi Spirit
Based in Denmark but with members of Pakistani and Iranian origin Rocqawali blend, well, rock and qawali (Sufi devotional music from Asia, made internationally known by the great Nusrat Fateh Ali Khan) and they’re battling it out with Ifriqyya Electrique for world music album of the month. (8) 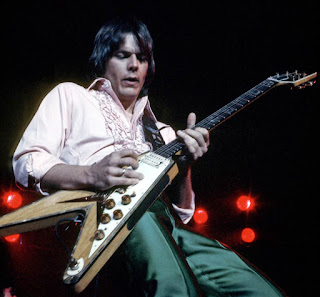 Posted by TeenMusicGeek at 20:51 No comments: Links to this post