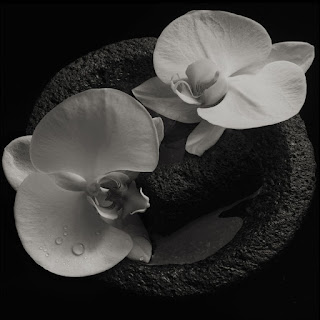 ALICE COOPER – Breadcrumbs EP
Alice pays tribute to his hometown Detroit with a couple of songs of his own (“Go Man Go” rules!) plus some covers (Bob Seger, MC5, Suzi Quatro, Mitch Ryder). It sounds very Detroit and it’s Alice at his rawest and best in decades. (8)

EXHORDER – Mourn The Southern Skies
A third studio album comes 27 years after the second one and who would’ve thought, it’s probably the best thrash metal album of the year. (8)

HISS GOLDEN MESSENGER – Terms Of Surrender
If your definition of “Americana” is a melting pot of folk, country, soul and soft rock, then this album’s for you. (7)

LAST CRACK – The Up Rising
A third studio album comes 28 years after the second one and who would’ve thought, it’s probably the best prog metal album of the year (Tool are not prog metal, they are their own genre). (8)

MIKE PATTON & JEAN-CLAUDE VANNIER – Corpse Flower
Two very creative provocateurs from different eras collaborate on this album which could justifiably be described as Mr. Bungle meets Serge Gainsbourg (Vannier made a number of albums with Gainsbourg in the 70’s). It’s really fun in a very disturbing way. (8)

NORTH MISSISSIPPI ALLSTARS – Up And Rolling
Rock royalty brothers Luther & Cody Dickinson are known for their competent southern blues rock and their tenth album doesn’t sonically deviate from the formula, even though it’s a concept album of sorts. Guests include Jason Isbell, Mavis Staples etc. (7)

RUBINOOS – From Home
A smart album by tier-2 power-pop veterans. You know the drill: Jangly guitars, sweet vocal harmonies and a bit of a rock bite, what people often call “Beatlesque”. Lyrics are better than expected, literate and often entertaining. (7)

THE HU – The Gereg
The main reason I decided to give this Mongolian metal band that uses traditional instruments a listen is for an opportunity to say how disappointed I am that they didn’t call their album “The Hu Sell Out”, or “The Hu by Numbers”, or “Hu Are You”, or (even better!) “Quadrophenia”. Oh well, they can still salvage this by calling the follow-up “Hu’s Next”. (7) 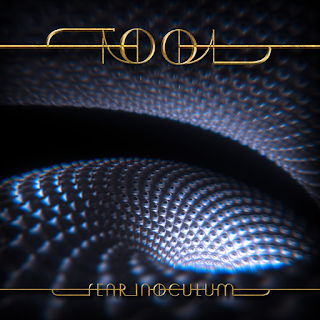 AARON LEE TASJAN – Karma For Cheap, Reincarnated
Exactly one year after releasing “Karma For Cheap” Tasjan re-records the whole album acoustically, including one brand-new song. An interesting companion to the original. (7)

BON IVER – i,i
A certain kind of hipster music fan would lay his life down for this guy’s mix of soft rock, indie folk and R&B but really, take the studio wizardry away from “i,i” and there’s not much left. (6)

FRANK TURNER – No Man’s Land
The British press really slaughtered Turner for “No Man’s Land” but I think this has more to do with his politics than with the actual songs which aren’t bad. That being said, and this coming from a big fan, I feel that after 2013's excellent “Tape Deck Heart” England’s most popular folkie punk hasn’t really hit his stride again. (7)

HERE LIES MAN – No Ground To Walk Upon
In case you missed out on the first couple of albums, HLM play a hybrid of fuzzed-out proto-metal and afrobeat. The only difference this time around is that there are no creepy kids on the album cover. (7)

JESSE MALIN – Sunset Kids
Anyone remember 90’s NYC glam-punks D Generation? Malin used to front that band, then spent the 21st century to date doing a pretty good Lou Reed impression. His new album however has less of an urban flavor, probably because Americana goddess Lucinda Williams helps out with songwriting and production. (7)

JOAN SHELLEY – Like The River Loves The Sea
Kentuckian folkie goes fully acoustic this time, writes and sings enchanting songs that flow from her like fresh mountain water flows from the spring. (8)

KAYO DOT – Blasphemy
You never know what to expect from these guys except the unexpected, every album’s completely different from the previous one and this is probably their most “rock” album. You’ll still see them categorized under “progressive metal” though. (7)

LANA DEL REY – Norman Fucking Rockwell!
She finally did it! After four good but uneven albums each featuring equal measures of great songs and filler, NFR! is Del Rey’s masterpiece – smart, funny, political, and no filler in sight. A perfect amalgam of all things American, from the Beach Boys to Walt Whitman to George Gershwin to Laurel Canyon to Leonard Cohen to, well, Norman fucking Rockwell. (9)

REDD KROSS – Beyond The Door
Power-pop cult heroes the McDonald brothers release first album after 7 years and it’s just great fun, with a strong 60’s garage punk flavor to it. Their bassist also currently plays for the Melvins and they return the favor – Dale Crover is now Redd Kross’ official drummer, and Buzz guests too. (8)

ROBERT RANDOLPH & THE FAMILY BAND – Brighter Days
So you thought church music was boring? Well, time to meet the Eddie Van Halen of gospel, a pedal steel guitarist who plays his instrument like a demented cross between Stevie Ray Vaughan and Duane Allman and rocks like a motherfucker (even though he’s religious and wouldn’t approve of my language). (8)

RODNEY CROWELL – TEXAS
Country, blues, rock, tex-mex and everything in between with special Texan guests Billy Gibbons, Willie Nelson, Lyle Lovett and Steve Earle, on the most FUN album in a month of stellar album releases. Doesn’t get any more Texas than this. Also features honorary Texan Ringo Starr. (8)

SIROM – A Universe That Roasts Blossoms For A Horse
Dissonant avant-garde from Slovenia that sounds like freaked-out folk music. A bit too weird, even for me. (6)

SLIPKNOT – We Are Not Your Kind
The Geek’s verdict on this one is about a month late and it doesn’t really matter anymore because your attention span is shorter than a goldfish’s and now you’re all talking about the new Tool album, right? In any case, it rules. (9)

TAYLOR SWIFT – Lover
Her best album since “Red” is a pure pop delight, plus it includes the best (and saddest) song she’s ever written (“Soon You’ll Get Better”), coincidentally (?) her first time revisiting country music in ages. (8)

THE HIGHWOMEN – The Highwomen
All-female country supergroup (Amanda Shires, Brandi Carlile, Maren Morris and Natalie Hemby), modeled on The Highwaymen but coming across like the Pistol Annies, are on a mission to get more women artists on the radio and the charts. This album certainly has the chops for it. Famous friends (Jason Isbell, Miranda Lambert, Sheryl Crow, Dave Cobb etc.) chip in. (8)

THE HOLD STEADY – Thrashing Through The Passion
It takes a certain kind of person to like The Hold Steady, you need to be hopelessly romantic about rock ‘n’ roll and have a soft spot for underachievers and prefer boilermakers to mojitos and read lots of books. This one’s for the fans, a collection of previously released Bandcamp singles with a few new tracks thrown in for good measure. (8)

TOOL – Fear Inoculum
Can an album be worth a 13-year wait? Apparently yes. (9)

YEAR OF THE GOAT – Novis Orbis Terrarum Ordinis
Solid songwriting, but occult rock is better when it’s either tongue in cheek (Ghost) or deadly serious (The Devil’s Blood). (7)
Posted by TeenMusicGeek at 20:13 1 comment: Links to this post