The Best Band in Australia 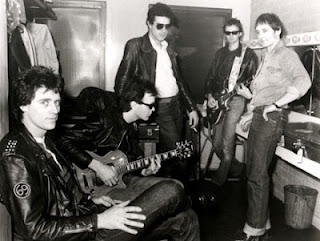 No, not that one. Even though the parallels you can draw are so many it's ridiculous: I mean, come on, if you were playing Trivial Pursuit and the question was "name the band, formed in Australia in the early 70's, played blues-influenced hard rock, featured a pair of brothers on guitar and a charismatic lead singer, the three of them wrote most of the material, their early albums were produced by Vanda/Young for Albert Productions", honestly, what would your answer be?

Well, I'm not talking about AC/DC. This is about a band that was probably just as good as AC/DC, and quite possibly even more successful in their native Australia back in the day, but who never managed to conquer the rest of the world due to a combination of wrong timing, bad luck, and horrendous business decisions. This is the story of The Angels, AKA Angel City, AKA The Angels From Angel City. The Thinking Man's AC/DC. The Best Band in Australia.

Led by the Brewster brothers and vocalist Doc Neeson, after moving from Adelaide to Sydney and kicking ass as the support act on the 1975 South Australian AC/DC tour, the Angels impressed Malcolm Young and Bon Scott so much that the band was offered a recording contract with AC/DC's label. They soon released their first single, "Am I Ever Gonna See Your Face Again", a simple rock 'n' roll love song that achieved something remarkable: Nobody remembers how this tradition started, not even the band, but suddenly everywhere the Angels played live, during this song, every time Doc Neeson sang the line "am I ever gonna see your face again?" everyone in the crowd (and I mean everyone) would respond shouting back "no way, get fucked, fuck off!". The fans still do it today. An American or a European band might have been insulted by this, but in Australia this kind of highbrow comedy is the highest form of compliment a rock band can hope for.

It was on the second Australian full-length, 1978's "Face To Face", that the Angels nailed it: Gone were the country influences, their pub rock transforming into a manic hard rockin' boogie with a punk attitude. This album kills and so does 1979's "No Exit". Both were big hits in Australia. Their first international release in 1980, also titled "Face To Face" but released under the name Angel City, is a compilation of these two fantastic records plus "Am I Ever Gonna See Your Face Again" and is probably the best place to start on your way to the Angels fandom.


Alternatively, another great place to start with this band is the next album, "Dark Room", either the Australian version or the American one which replaces two of the original songs with re-recorded versions of a couple of tracks off the Australian albums "Face To Face" and "No Exit" that were not included on the international version of "Face To Face". Confused yet? Don't say I didn't warn you. Anyway, both versions of "Dark Room" rule. But after one more solid record, "Night Attack" (once again released under the name "The Angels" for Australia and "Angel City" for the rest of the world, with different track listings), something happened.

It's 1983 and the band is huge in Australia. However, after three international releases the Angels remain virtually unknown in America and Europe, as they haven't invested in a decent international tour and the Angels Vs. Angel City name issue is confusing the hell out of everyone. Probably frustrated by this, Doc Neeson is thinking of quitting the band and pursuing an acting career (well, he did have that crazy Aussie "Lethal Weapon"-era Mel Gibson stare, didn't he?). He stays, but the band release a really weird record called "Watch the Red" featuring saxophone solos by the bass player, silly keyboards, a lady announcing something incomprehensible with a heavy Spanish accent, material edited from a 40-minute jam session and some improvised stream-of-consciousness lyrics. I really know nothing about their personal habits and vices, but listening to this I can totally picture band members on cocaine binges in black limousines during this particular phase of their career. This WTF album still reached No. 6 on the Australian charts: At least in the homeland they could do no wrong.

Back on track the next year, "Two Minute Warning" is another excellent heavy rock album. Recorded in Los Angeles and seriously aiming at the American market, this time it was screwed over by internal problems at their U.S. record label, MCA, which caused the album to receive zero support. Another lost opportunity for the world to hear awesome songs like this:


Ironically the next album, 1986's "Howling", their most "American"-sounding (i.e. AOR) record, was never released in the States because MCA sucks cock.

Earlier on we described the Angels as "the thinking man's AC/DC". Don't get me wrong, I'm probably the biggest fan of Bon Scott's lyrics in the northern hemisphere, but AC/DC's songs were always about bad boys, parties and blow jobs. I like a party and a blow job as much as the next guy but the Angels went deeper than that: They were tough on the outside but sensitive on the inside, and their lyrics showed that they cared about the world around them. Well, now it was time for a last desperate effort to make it in America, so fuck that: Let's dumb down the lyrics and hire Alan Niven, manager of Guns N' Roses and Great White. The result: 1989's U.S. release of "Beyond Salvation" (released on the Chrysalis label under the name "The Angels From Angels City", as if two different band names were not enough already). Featuring four AC/DC-esque new songs generally about fucking and AC/DC-esque reworkings of five old Australian hits it went nowhere commercially, which is a shame because even dumbed down the Angels did much better than 99% of the era's hair metal bands. The Australian version of "Beyond Salvation", however (different track listing, naturally), went to No. 1 in Australia.

Alan Niven bailed out soon after and that was pretty much the end of the Angels' attempts to go global. His major contribution to the band was having them cover Great White's "Once Bitten Twice Shy" on the 1992 album "Red Back Fever", which I assume was his idea since Great White had already covered a couple of Angels songs in the past. Great White. Of all the amazing bands on Niven's roster, he chose to associate the Angels with Great fucking White. It makes me sick to the stomach.

By the mid-90's the momentum was gone. It was six years before another Angels album was released and 1998's "Skin And Bone" adds little to the band's legacy. A few months later Doc Neeson was involved in a car accident that left him with serious spinal and neck injuries and quit the band. It was all over.

But was it? A few years later the original line-up minus Neeson started touring as the Angels, while a healthier Neeson formed a band called Doc Neeson's Angels and sued the others for the name. A brief truce was called in 2008 for a reunion tour celebrating the 30th anniversary of the release of "Face To Face", then Neeson took off again. The others recruited Dave Gleeson, singer of the Screaming Jets, and on August 31, 2012 the first Angels album in 14 years was released, titled "Take It To the Streets". It's a decent hard rock record and Gleeson does a great job singing for the heroes of his teenage years, but is it really the Angels we love without Neeson?

No way. Get fucked. Fuck off.