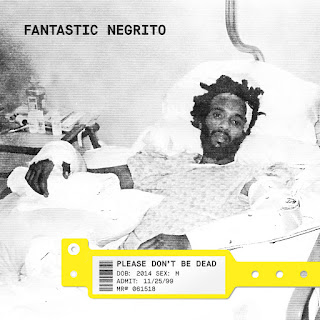 BEYONCE & JAY-Z (THE CARTERS) – Everything Is Love
The surprise album drop thing is getting a bit tired and so is their idea of turning their marriage into a reality show and mending it publicly through their albums: Beyonce’s “Lemonade” accusation was great, Jay-Z’s “4:44” apology was OK, but third time around I’ve got very few fucks left to give about this “we’re fine now” joint effort. (6)

FANTASTIC NEGRITO – Please Don’t Be Dead
From the Led Zep-infused “Plastic Hamburgers” to the “Come Together”-isms of “Bad Guy Necessity”, from “A Boy Named Andrew”’s exotic hook to the chilling “A Cold November Street” and the funky “Bullshit Anthem”, this guy’s singlehandedly dragging the blues kicking and screaming into the 21st century. (8)

KAMASI WASHINGTON – Heaven & Earth
I don’t know much about jazz but I know what sounds good, and this sounds GREAT. More than a jazz saxophonist, Washington is a genius arranger/bandleader who’s not afraid to venture into Stevie Wonder/Isaac Hayes soul/pop territory as he’s more about solid songwriting rather than just technical dexterity. (8)

ORANGE GOBLIN – The Wolf Bites Back
Not sure why they’re still stuck with the “stoner” label (which they seem to be perfectly happy with, BTW) since, really, these are the children of Motorhead. (7)

WILKO JOHNSON – Blow Your Mind
Wilko didn’t die, he’s back to kick some ass and he sounds VERY alive. His guitar playing remains awesome, his band is rockin’, too bad he can’t really sing so minus one point. (7)
Posted by TeenMusicGeek at 13:35