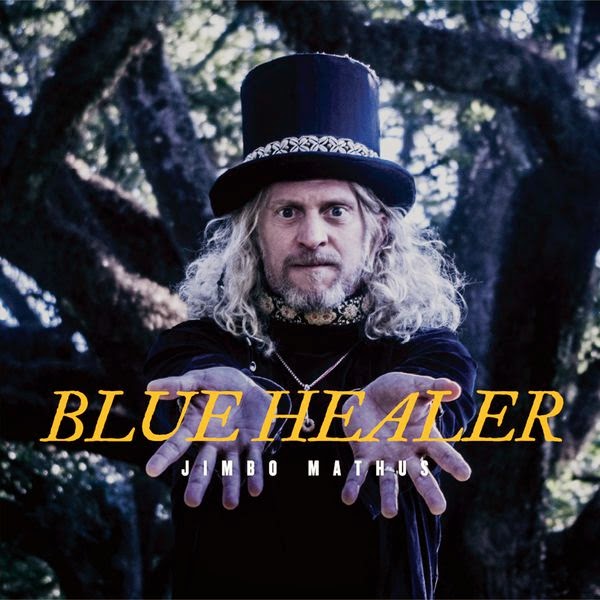 BLUR – The Magic Whip
“My Terracotta Heart” is admittedly a pretty good song, I find most of the rest of the album a bit boring. But then again I’m prejudiced because I never could stand these fucking Kinks wannabes. (6)

COLIN STETSON & SARAH NEUFELD – Never Were The Way She Was
Stetson and Neufeld have already worked together in Arcade Fire, but on this collaboration they go for some beautiful minimalistic post-classical sax and violins. (8)

FAITH NO MORE – Sol Invictus
Probably closer to “Angel Dust” than to any of their other work, “Sol Invictus” is a fully respectable comeback and a true treat for the fans. (8)

JIMBO MATHUS – Blue Healer
This is a perfect album, combining cranked-up swampy stompin’ southern rockers with soulful country & gospel tearjerkers and REAL songwriting that would make Springsteen, Van Morrison and Tom Waits proud. Most fun I’ve had this year with my clothes on: Jumping around my living room pumping my fist anthemically in the air to the sounds of “Ready To Run”. (9)

LILA DOWNS – Balas Y Chocolate
Her most political album yet, dealing with her troubled country’s political and social issues and combining traditional Mexican rhythms and instrumentation with modern western pop elements. Of course, the main attraction remains THAT voice. (8)

METALLICA – No Life Til Leather (Remastered)
The drummer can’t play, the singer can’t sing and all the riffs are NWOBHM rip-offs. (10)

MY MORNING JACKET – The Waterfall
The reverb is back, the prog leanings are gone, this is straightforward psychedilic-lite roots rock that leaves you with the impression that you’re floating a couple of inches above ground. You won’t ever get the choruses to “Believe (Nobody Knows)” and “Big Decisions” out of your brain without highly specialized surgery. (8)

POISON IDEA – Confuse & Conquer
Hardcore punk veterans, favorites of everyone from Pantera to Nirvana, make a crushing return. I could tell you stories from when I saw them live at the Melkweg in Amsterdam in 1993, but then I’d have to kill you. (7)

SARAH GAYLE MEECH – Tennessee Love Song
Nashville girl who’s got more tattoos on her than Riker’s Island prison, a Hell’s Angels convention and the NBA combined but sings sweet country songs like a cross between Loretta Lynn and Rosanne Cash. (7)

TOM RUSSELL – The Rose Of Roscrae
A two-and-a-half-hour long, 52-track folk-rock opera should at best be a hit-or-miss affair by default, but there are no misses here. Definitely the year’s most epic and ambitious album, if not the flat-out best. (9)

VARIOUS ARTISTS – Whatever Nevermind: A Tribute To Nirvana's Nevermind
Some bands (Torche, Kylesa, Cave In) play it safe and stick close to the originals, others (Young Widows, Boris, Nothing) tend to be more adventurous. Either way, U can’t touch this. (-)
Posted by TeenMusicGeek at 15:40