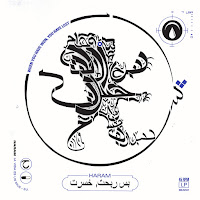 AUDREY HORNE – Blackout
With nods to Deep Purple added to the Thin Lizzy references this time around, Audrey Horne continue on their 70’s hard rock worshipping path. Fun, but I still prefer the Night Flight Orchestra. (7)

CHEAP TRICK – Christmas Christmas
This came to our attention after the holidays but we’ll keep it in mind for next year’s festivities – we certainly prefer listening to Cheap Trick covering Christmas songs by Wizzard, Slade, Ramones and the Kinks rather than the elevator muzak blasting from everywhere during the season. (7)

CORROSION OF COMFORMITY – No Cross No Crown
Pepper Keenan’s back and so are the Sabbath/Lizzy/Skynyrd touches. I really missed these guys and this is probably their best since “Deliverance”. Added bonus: Queen cover. (8)

HARAM – بس ربحت, خسرت When You Have Won, You Have Lost
The New York band’s Arab vocalist, Nader Habibi, utilizes his mother tongue’s idiosyncrasies to give an entirely new twist to hardcore punk. Any way you look at it, an impressive debut. (8)

JEFF ROSENSTOCK – POST-
Released on new year’s day and given away for free (or for as much money as you like) through Rosenstock’s Bandcamp, this is a thoroughly enjoyable power-pop-punk album, sometimes reminiscent of Weezer’s and Ted Leo’s finest moments. (8)

NO AGE – Snares Like A Haircut
A slight departure from their signature lo-fi art-punk towards a fuller sound, at points reminiscent of a weird Dinosaur Jr./Japandroids crossover. (8)

SORCERER – The Crowning Of The Fire King
Missed out on this when it came out a few months ago, sorry! Great epic doom metal in the Solitude Aeternus/Candlemass tradition with huge vocals and lots of neoclassical guitar shredding. You'll love it if you’re into this sort of thing. (8)