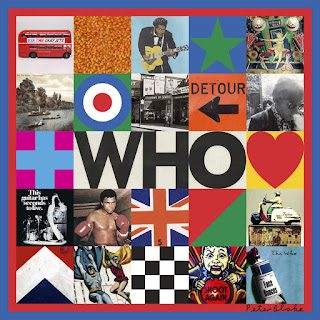 BLOOD INCANTATION – Hidden History Of The Human Race
A strong death metal album by a band on the rise, extremely technical/proggy with complex song structures. These guys can certainly play their socks off but personally I prefer my death metal a bit drier and more straightforward, this is drenched in reverb and the fretless bass/harmonizing guitars combo, while certainly differentiating them from the masses, also takes some of the edge off. (7)

FRANK TURNER – Show 2000: Live At Nottingham Rock City
Turner’s 2000th live show recorded in December 2016 and now officially released on audio and video is a true rock ‘n’ roll experience – the guy’s got more perfect singalongs than you can count. (9)

GUN – R3LOADED
Scottish hard rockers release double CD with disc 1 a “greatest hits” type collection and disc 2 a covers album. Some really good stuff here from a band that deserved to be bigger but had its career set back by grunge. (8)

KACEY MUSGRAVES – The Kacey Musgraves Christmas Show
Soundtrack of an Amazon Prime Christmas TV Special, with country star Musgraves preparing for a Christmas party while famous guests/friends (from Lana Del Rey and Leon Bridges to Kendall Jenner) pop in and out for duets or skits. The duets are nice but most of the skits are awkward/unfunny, the laugh track is extremely annoying, and it’s already past Christmas as I had neither time nor enough new releases to update the blog on time. (6)

OUTLAWS OF RAVENHURST – Myths And Legends
As this old video demonstrates this is quite possibly the only true heavy metal band in the whole universe and as such they’re above criticism. (11)

SCORN – Café Mor
Dub/industrial noise from Mick Harris’ Scorn, returning after a decade of absence. Annoying sounds, and I mean that in a good way. (7)

SONS OF APOLLO – MMXX
Sons of Dream Theater? Sons of Rainbow more like it. (8)

THE HOLD STEADY – Four On Ten EP
Black Friday release on limited 10” milky clear vinyl, including four digital singles available on physical format for the first time. For fans of “the world’s greatest bar band”, a must-have companion to the “Thrashing Through The Passion” album released in earlier in 2019. (8)

THE POLICE – Every Move You Make: The Studio Recordings
I really, really, REALLY dislike Sting but the truth of it is, The Police was a killer rock band and this box set (their five studio albums remastered plus a sixth disc of b-sides) proves it – go beyond the #1 hits and you’ll realize that for “Every Breath You Take” there’s also a “Synchronicity II”. (9)

THE WHO – Who
This is better than anything recorded by 75-year old rockers has any right to be and one of the strongest pure rock albums of 2019, even though the last thing I ever needed to hear was Daltrey’s voice Autotuned. (8)
Posted by TeenMusicGeek at 16:56