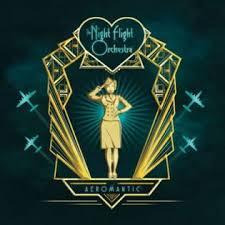 BODY COUNT – Carnivore
My love for Ice-T is well documented and you have to admire the guy for being a socially conscious progressive badass who can also be funny as hell when he wants to but even though “Carnivore” has its moments, compared to the band’s previous couple of releases it sounds a bit tired. (7)

CARIBOU – Suddenly
Call me old-fashioned or a boomer or whatever but I just don’t get this glitchy modern electronica/pop: Why is de-tuning keyboards in the middle of a riff and having tape-warping effects considered genius production and adding texture to the songs? I find these gimmicks really distracting, which is a shame as the songwriting on “Suddenly” is actually pretty great. (7)

JOHN DOLMAYAN – These Grey Men
Goddammit guys, will you stop fooling around and put the band back together already? (7)

MONDO GENERATOR – Shooter’s Bible
Nick Oliveri’s “lost album” recorded in 2010 and out now is actually slightly better than the proper new album he released only days prior to this one. (6)

MY DYING BRIDE – The Ghost Of Orion
It’s a My Dying Bride album, what did you expect, party music? (7)

WASTED SHIRT – Fungus II
Modern-day fuzz king Ty Segall and the drummer from Lightning Bolt go full-on Neanderthal on this messy, noisy album that’s guaranteed to annoy your neighbors if you play it loud, and loud’s the only way to play it. (7)