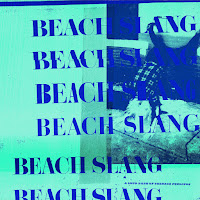 BEACH SLANG – A Loud Bash 0f Teenage Feelings
Y'all know I’m an Against Me! fan but THIS is the superior punk record of the month. (8)

THE BELLRAYS – Covers
The best live band in the universe releases covers EP, probably a good idea since their own material has been a bit hit-and-miss after losing genius songwriter Tony Fate. Explosive versions of tunes by Cheap Trick, AC/DC, Led Zep, The Seeds, Black Sabbath and Stevie Wonder. (8)

MOMUS – Public Intellectual: An Anthology, 1986-2016
At this point I could tell you a story about a certain strange week of my life that had Momus as its soundtrack, but the statute of limitations hasn’t expired yet. So instead I recommend you get this excellent 3-CD compilation of quirky songs by the smartest, most literate, most British pop artist you’ve never heard of. The liner notes by Momus himself are a delight too. (9)

MY CHEMICAL ROMANCE – The Black Parade: Living With Ghosts
10th anniversary edition including demos, rarities and outtakes. The extra stuff is not particularly impressive but if you don’t already have the proper album, what are you waiting for? (10)

NEUROSIS – Fires Within Fires
Theoretically a doom metal band but coming across much more like Swans than Black Sabbath, Neurosis unleash yet another apocalyptic tsunami of heaviness. (8)

THE SWORD – Low Country
Not too exciting acoustic version of their “High Country” album. (6)

TEEBEE – TeeBee Archives
Norwegian drum & bass producer compiles 13 of his hard-to-find tracks from 2000-2005. This is excellent, dark stuff and if you like this then you should check out his turn-of-the century masterpiece album “Black Science Labs”. (8)

VARIOUS – Rock Sound Presents: The Black Parade Tribute
The obvious choices for a My Chemical Romance tribute (Escape The Fate, Crown The Empire, Against The Current, Asking Alexandria etc.) cover you-know-which album in its entirety, slightly embarrass themselves. (5)
Posted by TeenMusicGeek at 18:38