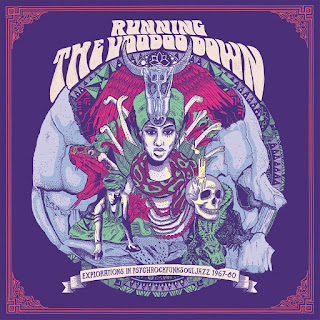 DIVINE COMEDY – Foreverland
The album sticks to Hannon’s well-tested formula of funny, intelligent chamber pop. The deluxe edition’s second disc is a studio recording of Hannon and Frank Alva Buecheler’s opera “In May” which explores the relationship between a dying son and his absent father through a series of letters and will fuck you up for good. (8)

FRANK OCEAN – Blonde
Definitely not an album for short attention spans, “Blonde” demands multiple, careful, deep listens to reveal its beauty and certainly lives up to its hype as the most anticipated R&B album of the year. (8)

HORSEBACK – Dead Ringers
Jencks Miller goes krautrock. I liked him more when he sounded like Earth. (7)

LYDIA LOVELESS – Real
During the course of her career Lydia has effortlessly moved from punk to country to rock and now to pop to dress her confessional/confrontational lyrics and she always excels. “Real” sometimes sounds like Taylor Swift doing a Stevie Nicks tribute album but more, you know, real. (8)

M.I.A. – Aim
Antifa ethno-pop. At 17 tracks it takes longer than the revolution’s coming, or at least feels like it does. (6)

MYRKUR – Mausoleum
Much subtler than her studio work and recorded live inside a mausoleum (duh) for that extra gothic touch it features just Myrkur’s soprano voice, a piano and a girls’ choir replacing the screeching guitars. (7)

NEW MODEL ARMY – Winter
It’s quite sad when you realize that one of your all-time most important musical heroes has nothing truly relevant to offer you anymore. (6)

PROPHETS OF RAGE – The Party’s Over
Basically a totally unnecessary rap Audioslave, with three members of Rage Against The Machine plus Public Enemy’s Chuck D and Cypress Hill’s B-Real on vocals. (6)

THE SMITHEREENS – Stages
Criminally underrated, amped-up power pop quartet slays it live. Too bad there’s no version here of “She’s Got A Way” which is, like, the best song ever written by anyone, anywhere. (8)

SUBROSA – For This We Fought the Battle of Ages
Back in the late 80’s I was in a band called SubRosa, really. We weren’t as heavy as these guys since we wanted to be Bon Jovi, not Neurosis, and we weren’t nearly as good as this SubRosa. (8)

TARDIVE DYSKINESIA – Harmonic Confusion
Djenty modern progressive metal for fans of the Ocean, Mastodon and Textures by a Greek band that’s been maturing in leaps and bounds. (7)

WOVENHAND – Star Treatment
He still sounds like he hasn’t had a laugh in the last one thousand years. Dude, will you lighten up already? (7)