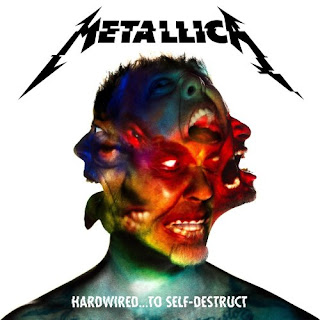 CHELLE ROSE – Blue Ridge Blood
You don’t mess around with this tough Tennessee chick, she sounds like she’s actually chewing you right now and is about to spit you out. (7)

LAMBCHOP – FLOTUS
Writes a couple of decent tunes but ruins them with that fucking Auto-Tune shit all over the vocals, adds some filler, makes hipster critics go ecstatic for some reason. (6)

METALLICA – Hardwired… To Self-Destruct
For a band that knows it passed the point where its past will always be more important than its future 20+ years ago, this is a fine album. (8)

NAIM AMOR & JOHN CONVERTINO – The Western Suite And The Siesta Songs
Not so much actual songs but more like musical vignettes with a distinctly spaghetti western flavor, from Calexico drummer and French-born Calexico friend. (7)

OTROS AIRES – Perfect Tango
I first discovered this band on a trip to Argentina in the 00’s when electrotango was all the rage and I quite liked them back in the day, but their sound hasn’t aged well. (6)

SOLANGE – A Seat At The Table
The younger Knowles releases stunning, brave R&B album addressing issues of race, gender and empowerment with aural nods to classic 70’s soul. This is not “Beyonce’s kid sister”, this is Solange. This is better than Frank Ocean’s album. (8)

SPIRITUS MORTIS – The Year Is One
Doom metal. The best riffs ever. Really annoying vocals. (7)

SUPERJOINT – Caught Up In The Gears Of Application
Competent, aggressive sludgy hardcore from Anselmo’s other other band. (7)

THE HOLD STEADY – Almost Killed Me/Separation Sunday (Remastered Deluxe Editions)
I’ve said it again and again that this is the greatest rock band of their generation. If you missed them the first time around, their first two albums were just re-released with bonus tracks. (8) / (8)

UMPHREY’S McGEE – Zonkey
Prog band has fun with mashup album blending Radiohead with Beck and Phil Collins, Metallica with Gorillaz, Motorhead with Ween, Ted Nugent with the Beastie Boys etc. And it works! (8)