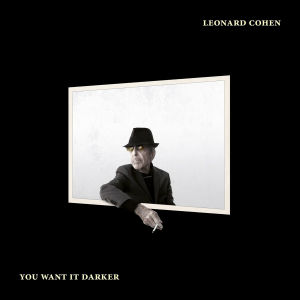 ADMIRAL SIR CLOUDESLEY SHOVELL – Keep It Greasy!
I played this back-to-back with a compilation titled “I’m A Freak Baby: A Journey Through British Heavy Psych And Hard Rock Underground Scene 1968-72”, and couldn’t tell the difference. (8)

CROWBAR – The Serpent Only Lies
Crushingly heavy sludge/doom, no surprises. (7)

DEATHSPELL OMEGA – The Synarchy Of Molten Bones
The sound of demons unleashed from the fiery depths of hell ripping your flesh to shreds. (8)

KORN – The Serenity Of Suffering
Maybe it’s a generational thing but I never managed to fully appreciate what these guys do. That being said, this is probably the heaviest Korn record ever and it’s actually listenable. (7)

TESTAMENT – Brotherhood Of The Snake
With Hoglan-DiGiorgio-Skolnick in the fold Testament have completed the circle to become THE sanctuary for unemployed thrash metal virtuosos and with their best line-up ever they release another high-class album. (8)

Ψ.Χ. – Το Φως Το Αληθινό
Part of the appeal is trying to figure out if this is funny or scary. (7)

ALEJANDRO ESCOVEDO – Burn Something Beautiful
What is this guy? Is he alternative rock? Is he country/americana? He’s collaborated with Ryan Adams, Tony Visconti and Chuck Prophet, he’s Sheila E.’s uncle, his backing band on this album includes REM’s Peter Buck and assorted members of the Young Fresh Fellows, the Decemberists and the Fastbacks. Oh yeah, and this rules. (8)

KACEY MUSGRAVES – A Very Kacey Christmas
The only Christmas album you’ll need this year is by country music’s nerdy semi-star Musgraves – some standards wonderfully executed, some originals that deserve to become standards, some fun weird cover choices (Alvin & the Chipmunks, Gayla Peevey’s 1953 novelty track “I Want A Hippopotamus For Christmas”), and a reggae duet with Willie Nelson. (8)

LEONARD COHEN – You Want It Darker
He’s 82 and he sounds like he’s saying goodbye, with his best album in decades no less. (9)

MAVERICKS – All Night Live Vol. 1
Picture the best poolside party ever – you’re in Miami and there’s an awesome live band playing a kind of wild, kick-ass rockabilly/country/latin/ska hybrid, it’s 1:00am and you’re drinking margaritas and dancing the night away with a gorgeous Mexican girl who whispers in your ear that she likes you. The Mavericks are that band. (8)

MIKE DOUGHTY – The Heart Watches While the Brain Burns
Soul Coughing mainman moves from New York to Memphis and this reflects on his sound, now more singery-songwritery than hipstery. (7)

NOURA MINT SEYMALI – Arbina
Gritty kick-ass desert funk from Mauritanian songstress on what is possibly the World Music album of the year. (8)

PAOLO FRESU & OMAR SOSA – Eros
Sardinian trumpeter Fresu is obviously a Miles Davis disciple but seasons his jazz with a distinctly Mediterranean twist. “Eros” is a collaboration with Cuban pianist Sosa and a nice after-hours soundtrack. The centerpiece of the album is a fantastic cover of Massive Attack’s “Teardrop” featuring Natacha Atlas. (7)

SARAH McLACHLAN – Wonderland
Sorry Sarah, I love you but Kacey’s Christmas album is much better than this sentimental fodder. (6)

VARIOUS ARTISTS – Lazarus (Original Cast Recording)
Bowie classics re-imagined as Broadway musical and sung by theater pros for a sequel to “The Man Who Fell To Earth”. Also includes the master’s own last recordings, three unreleased tracks from the “Blackstar” sessions. (8)