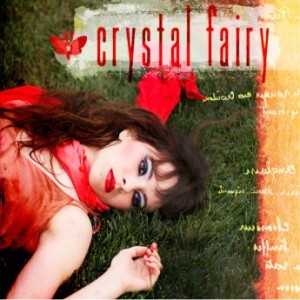 BLACK SABBATH – The Ultimate Collection
It’s not the “ultimate” collection as it only includes material from the first 8 albums, but it’s a really good summary of the first Ozzy era – six tracks each from the debut and “Paranoid”, five from “Master Of Reality”, and three each from the rest except “Never Say Die” that gets two. (666)

CRYSTAL FAIRY – Crystal Fairy
This is probably the most “pop” (ha!) Melvins-related project ever, and certainly the most fun in a very-very long time: Buzz & Dale team up with Omar Rodriguez-Lopez and The Butcherettes’ Teri Gender Bender for an awesome riff-rock extravaganza. (8)

DOOL – Here Now There Then
Featuring a couple of members from The Devil’s Blood but more goth-sounding, not entirely dissimilar to latter-day In Solitude but with female vocals (no, not that The Devil’s Blood member). (8)

ME AND THAT MAN – Songs Of Love And Death
Behemoth’s Nergal goes country-folk on this project ripping off Nick Cave’s “Murder Ballads”, Johnny Cash’s “American Recordings” and Leonard Cohen’s whole catalog, ends up sounding like Wovenhand. (7)

PALLBEARER – Heartless
Redneck Sabbath/Candlemass disciples at the top of their game. (8)

SOUNDGARDEN – Ultramega OK [Expanded Reissue]
Debut from 1988 reissued with much improved mix and extra tracks. In a different league than their grunge brethren from the beginning, still searching for their sound here and not their best album but it’s Soundgarden so play it on (11).

UNEARTHLY TRANCE – Stalking The Ghost
The usual sludgy doom metal on the New Yorkers’ comeback album after a 7-year hiatus. If you think you’ll enjoy a Crowbar/Neurosis hybrid then check this out. (7)

BLANCK MASS – World Eater
Fuck Buttons’ Ben Power is playing like he’s on steroids and bad acid and trying to pummel your cranium into a bloody pulp using Jean-Michel Jarre as a baseball bat. (8)

CORY BRANAN – Adios
Cory writes great, dark and funny songs, punk influenced but country-ish. On certain tracks he even manages to come across as a really cool Tom Petty/Elvis Costello hybrid. Love this! (8)

CRAIG FINN – We All Want The Same Things
The Hold Steady mainman goes solo again, great storytelling as ever but with simpler song structures and I seriously miss his regular band’s E-Street-isms. (7)

EMEL MATHLOUTHI – Ensen
Mathlouthi’s music has been banned in her native Tunisia for corrupting the local youth, so she’s been living in exile between Paris and New York where she continues to create her addictive mix of Western electronic and Eastern organic sounds. Imagine Bjork doing a Fairuz tribute album and you’re halfway there. (8)

GREG GRAFFIN – Millport
Bad Religion frontman is the latest punk rocker to go full-on country, so I guess I’m not the only one getting older. Features a couple of Social Distortion members. (7)

HURRAY FOR THE RIFF RAFF – The Navigator
Alynda Segarra leads her Americana band to explorations of outsider urban life. She’s from the Bronx and of Puerto Rican origin so I guess she knows what’s she’s talking about. (7)

MARC ALMOND – Hits And Pieces: The Best Of Marc Almond And Soft Cell
Yo, how can you possibly put together a compilation like this and NOT include “Memorabilia”? Without that little gem all the best songs here are covers. Still I have to admit that some of them (“Tainted Love”, “I Feel Love”, “Days Of Pearly Spencer”) are masterpieces. (8)

SOUTHSIDE JOHNNY & THE ASBURY JUKES – The Fever: The Remastered Epic Recordings
Southside Johnny’s first four albums (1976-1979) remastered and repackaged on a double CD. A must for all Springsteen/E-Street Band fans – google/wiki the association if you don’t know about it. (8)

VALERIE JUNE – The Order Of Time
June is a strong songwriter who effortlessly blends southern soul, pop and folk to create her own unique niche. (8)

VARIOUS ARTISTS – Keb Darge & Cut Chemist Present The Dark Side: 30 Sixties Garage Punk And Psyche Monsters
The title is pretty much self-explanatory – “Nuggets”/”Pebbles” fans will find plenty of stuff to like here. (8)
Posted by TeenMusicGeek at 11:58