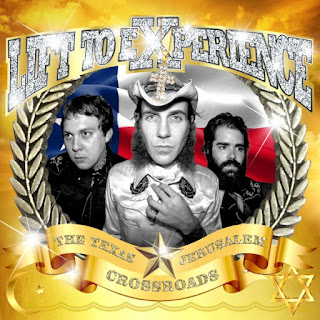 GRAILS – Chalice Hymnal
Progressive in the truest sense of the word and a bit more playful than their masterpiece “Deep Politics”, “Chalice Hymnal” once again sounds like the soundtrack to a great desert road movie. (8)

JESCA HOOP – Memories Are Now
Quirky, weird and wonderful songs that often sound like children’s ditties but with a dark edge, sort of like the aural equivalent of “Alice In Wonderland”. She’s probably sick and tired of people mentioning the fact that she used to work as nanny to Tom Waits’ children instead of talking about her art but, remarkably, she sounds exactly like the nanny to Tom Waits’ children. (8)

LIFT TO EXPERIENCE – The Texas-Jerusalem Crossroads (2017 remix)
The very definition of a lost almost-classic, the sole album by this Texan trio was originally released in 2001 and heard by very few. Now remixed (the band was unhappy with the original no-budget mix) and re-released, it will hopefully attract more people to LTE’s majestic, shoegaze-y, psychedelic universe. (9)

MENZINGERS – After The Party
If you like the whole Japandroids/Beach Slang/Titus Andronicus/The Hold Steady punks-who-want-to-be-Bruce-Springsteen thing as much as I do, then this one’s for you. (8)

MIRRORS FOR PSYCHIC WARFARE – Mirrors For Psychic Warfare
Another Neurosis side project, this one coupling Scott Kelly with Sanford Parker (Buried At Sea, Minsk, Nachtmystium, Unearthly Trance and three gazillion other bands), it’s a drone-y electronic/doom hybrid that seriously tests the listener’s attention span but ultimately rewards him. (7)

NECKS – Unfold
This is not post-jazz, this is post-everything. (7)

NIKKI LANE – Highway Queen
Nikki lives on the crossroads between country and rock ‘n’ roll, her husky voice and kick-ass band pumping out some great tunes. She should be a star. (8)

OLD CROW MEDICINE SHOW – Best Of
Not really a “best of” as it includes songs from only three studio albums released between 2004-2008 on Nettwerk (they’ve released four more studio albums on other labels), still an enjoyable listen. (7)

OTIS TAYLOR – Fantasizing About Being Black
After 15 albums Taylor has mastered his craft and his “trance blues” is a truly haunting experience, especially on this semi-concept album about the history of racial injustice. If you’ve never heard his stuff, you’re in for a big shock. (8)

RHIANNON GIDDENS – Freedom Highway
After a debut album based mostly on cover versions of songs made famous by other female artists, Giddens now sets out to prove that she’s not just a fantastic singer/interpreter but a talented writer too, with original material covering everything from folk to funk. (8)

ROBERT RANDOLPH & THE FAMILY BAND – Got Soul
“Sacred steel” is not just the name of a God-awful German heavy metal band, it’s also a steel guitar-based subgenre of gospel music and Randolph is the Yngwie Malmsteen of sacred steel – a virtuoso backed by a smokin’-hot band whose songs are mainly used as vehicles for solos. This is one of his better albums, bringing on some serious funk chops. (7)

SADIES – Northern Passages
As always impossible to pigeonhole, on their 10th album The Sadies keep shifting from garage punk to country to folk rock to psychedelia, sometimes within the same song. (8)

THIEVERY CORPORATION – The Temple Of I And I
I’ve somehow ended up owning Thievery Corporation’s entire discography even though I’m not a beach bar DJ. The new album’s a bit heavier on the reggae/dub than previous efforts, somewhat lacking in hooks but still well within their “exclusive nightclub playlist” comfort zone. (6)

TINARIWEN – Elwan
How many artists do you know that have singlehandedly launched an entire music genre from a strange place into the stratosphere? In terms of importance Tinariwen is up there with Fela Kuti, Bob Marley and Ravi Shankar, bringing the funky, hypnotic sound of the Sahara to the West. (8)
Posted by TeenMusicGeek at 19:57