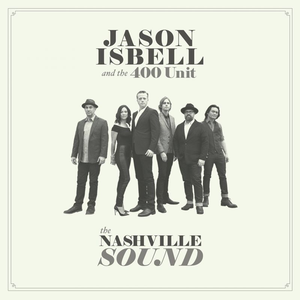 CAPTAIN BEYOND – Lost And Found 1972-1973
The demos for their debut (a serious contender for 1973’s Album of the Year) plus a previously unreleased song from the same era, a treat for fans, nerds and archivists who won’t mind the four-track recording hiss. (-)

CHEAP TRICK – We’re All Alright!
The four uptempo tracks opening the album are the best 12 minutes of rock ‘n’ roll you’re likely to hear in 2017. Much better than just Alright. (8)

JASON ISBELL & THE 400 UNIT – The Nashville Sound
Have you seen that pic of Isbell with Sturgill Simpson and Chris Stapleton? It’s not that he’s in good company, it’s the other two guys who are in good company. (8)

LILA DOWNS– Salón Lágrimas Y Deseo
Downs delivers her feminist manifesto whilst the sonic background behind her shifts between different Mexican music subgenres such as mariachi, cumbia, danzon, rancheras, son, even rock. And, That Voice! (8)

RICHARD DAWSON – Peasant
Probably the strangest, most unsettling music you’ll hear this month, from a VERY English folk musician who sounds medieval and postmodern at the same time, sort of like a Geordie Captain Beefheart leading the Incredible String Band. (8)

SIKTH – The Future In Whose Eyes
They’re described as progressive metal or as the forefathers of djent, but they’re basically Korn with a hint of Dillinger Escape Plan. (7)

STEEL WOODS – Straw In The Wind
Exciting debut album by southern rockers in the Blackberry Smoke mold – and league. They also cover Black Sabbath and invite Lindi Ortega 💙 for a guest vocal slot. (8)

STEVE EARLE & THE DUKES – So You Wanna Be An Outlaw
Earle has been there, done it, smoked it, drank it. He’s done time in prison, got married 7 times, won Grammies, shot heroin, kicked the habit. He’s got people like Willie Nelson and Miranda Lambert guesting on this album and he does a great redneck Led Zep impression on “Fixin’ To Die”. If you think you won’t like this album because it’s “country” just listen to the thing, OK? (8)

WILLIE NILE – Positively Bob
Ten jangly, rocking covers of Bob Dylan songs. If you always thought that “The Times They Are-A-Changin’”, “Blowin’ In The Wind” etc. are great compositions but could use an electric kick in the butt, well, Willie delivers. (8)