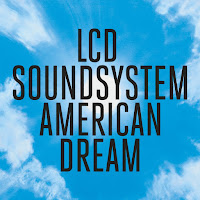 CHELSEA WOLFE – Hiss Spun
Californian gothic/doom/folk songstress incorporates even more metal and industrial elements into her sound which you’ll love if you’re 17, depressed, wear only black and use lots of mascara. (7)

GOGOL BORDELLO – Seekers And Finders
Half the band is new but with Hutz and violinist Ryabtsev leading the way it still sounds like a crazy party. I’m pretty sure however that without Oren Kaplan they’ll never even get close to making another “Gypsy Punks: Underdog World Strike” again. (7)

LIVING COLOUR – Shade
Lower East Side “funk metal” the way it’s supposed to be and the way you remember it from back in the day. A fantastic blues-tinged album full of Reid’s guitar pyrotechnics and Glover’s soulful vocals backed by what sounds like the best rhythm section on the planet. (8)

LYKANTROPI – Lykantropi
Vintage, 60’s-influenced psychedelic rock sounds from yet another young band from Sweden, one of the better ones – female vocals, flute flourishes, warm analog production, the works. (7)

PROPHETS OF RAGE – Prophets Of Rage
Rap metal leftists release their anti-establishment manifesto. Some of the sloganeering is too childish to take seriously, but some of the grooves are killer. (7)

SEPTICFLESH – Codex Omega
A symphony orchestra playing along to brutal metal is really not my cup of tea and I tend to think that older SF albums like “Revolution DNA” were more, well, revolutionary. Still, a solid effort. (7)

SISTERS OF MERCY – Some Girls Wander By Mistake (Expanded Edition)
1992 compilation reissued (this time with 5 extra tracks), collecting the band’s pre-major label limited-edition vinyl format singles, the “Reptile House” EP, extended versions, re-recordings, covers of the Stooges and the Stones, remixes etc. A must for anyone even remotely interested in goth music & culture. (10)

TUESDAY THE SKY – Drift
Solo project by Jim Matheos (Fates Warning) who ventures deep into post-rock territory: Despite contributions by Kevin Moore (Dream Theater), this should appeal more to fans of Sigur Ros, Godspeed You! Black Emperor or God Is An Astronaut (whose drummer collaborates here) rather than to metalheads. (7)

FLEETWOOD MAC – Greatest Hits
Reissue of a 1988 compilation with misleading title since it only covers the band’s “yacht rock” period from 1975 to 1987, ignoring the Peter Green era. Still, some great tunes in here. (8)

GRIZZLY BEAR – Painted Ruins
Maybe if I moved to Brooklyn, became a Pitchfork reader, grew my goatee into a full beard, I’d like this stuff more? (6)

JOLIE HOLLAND & SAMANTHA PARTON – Wildflower Blues
Former partners in Canadian outsider folk group The Be Good Tanyas, Holland and Parton reunite for an album that sounds like an encyclopedia of North American music with elements of country, blues, rock and even a hint of jazz. Features originals plus a few covers (Townes Van Zandt, Dylan etc.). (8)

LCD SOUNDSYSTEM – American Dream
Post-rock, art-rock, disco. You can dance to it but it’s dark, much darker than his previous albums. The ghosts of David Bowie and Alan Vega are all over the place and so is the shadow of Giorgio Moroder. Lyrics that will wow you. This could be the album of the year. (9)

LEE RANALDO – Electric Trim
Sonic Youth guitarist sidelines the noise and explores his pop side with “traditional” songs for a change. This is actually very good and features an all-star cast including Sharon Van Etten, members of Sonic Youth, Wilco and Oneida, and lyrical contributions by novelist Jonathan Lethem (you should read this book now. And this one.) (7)

TED LEO – The Hanged Man
Underrated indie rocker who has previously written the best song of all time returns with crowdsourcing-funded solo album. Solid songwriting, punchy rockers, and more ballads than usual – but they’re good ones. (8)

TEEBEE – Archives 2
Second part of Norwegian drum ‘n’ bass artist’s work from the early 00’s remastered and released in digital format for the first time. This is great, intense stuff, even if you’re not much into electronica. (8)

WAR ON DRUGS – A Deeper Understanding
If Chris Rea, Dire Straits or Don Henley had released “A Deeper Understanding” music critics would have slaughtered them, and yet The War On Drugs can get away with this sub-par soft rock crap because they’re “indie”. (5)
Posted by TeenMusicGeek at 17:38