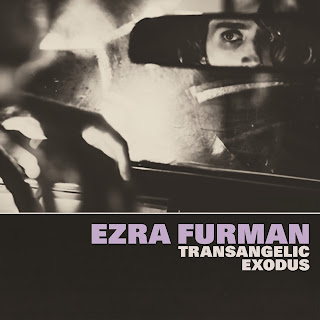 ANNA VON HAUSSWOLFF – Dead Magic
As I’ve previously said, born with a name like that the poor girl had no option but to become a goth. (7)

BRIAN FALLON – Sleepwalkers
Started out with The Gaslight Anthem as a strong Springsteen wannabe, seems to have lost his mojo somewhere along the way. (6)

BRIGID MAE POWER – The Two Worlds
Folk musician that feels much more suited to tour with Earth or Grails rather than with Joan Baez or Fleet Foxes. (8)

DWARVES – Take Back The Night
17 songs in 25 minutes evenly split between So-Cal melodic pop-punk anthems sung by Blag Dahlia and hardcore splatterfests screamed by Rex Everything (AKA Nick Oliveri). (8)

JOAN AS POLICE WOMAN – Damned Devotion Read
If you think you’d enjoy the female version of a Prince/Leonard Cohen hybrid then you should definitely check this out. (7)

JUSTIN TIMBERLAKE – Man Of The Woods
He’s a millionaire married to Jessica Biel, does it really matter what you or I think of his new album? (6)

KYLE CRAFT – Full Circle Nightmare
His debut album made the List in 2016, and this is a strong follow-up in the same “Redneck Ziggy” style. But if he really wants to be Bowie then he needs to come up with something else next time. (8)

VARIOUS ARTISTS – Northern Soul: The Ultimate Collection
Fantastic 5-CD Northern Soul compilation, if you need more stuff for that instant party we were just talking about. (9)
Posted by TeenMusicGeek at 20:22