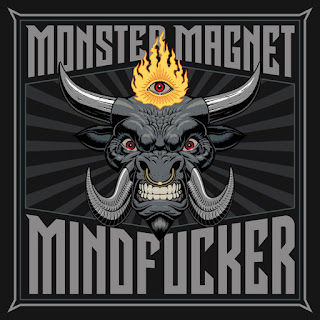 DAVID BYRNE – American Utopia
An OK album by someone who has previously been responsible for creating masterpieces is not OK. (6)

JACK WHITE – Boarding House Reach
This guy usually knows what he’s doing but this time WTF? Ambitious but messy, maximalistic in an everything-plus-the-kitchen-sink way, sometimes venturing into R&B, this is the sound of White finally biting off more than he can chew. (6)

NATHANIEL RATELIFF & THE NIGHT SWEATS – Tearing at the Seams
Somewhere between a male Sharon Jones with less religion and a good Van Morrison karaoke. (7)

RYLEY WALKER – Deafman Glance
This album won’t be officially released before May but trust me, when it does, you’re gonna see a whole bunch of five-star reviews from all the media that matter – Walker transforms from acoustic folk guy to electropsychedelic weirdo and totally pulls it off. (8)

SQUIRREL NUT ZIPPERS – Beasts of Burgundy
My man Jimbo Mathus does it again, putting his old band back together – SNZ revive old-time swing/jazz with a punk rock attitude. You cannot not dance to this. (8)

SUICIDAL TENDENCIES – Get Your Fight On!
Great EP featuring alternate versions, re-recordings of Cyco Miko songs, some new stuff, a Stooges cover and Dave Lombardo on the drums. (8)

THE FRATELLIS – In Your Own Sweet Time
The Music Geek has a soft spot for the Fratellis’ brand of shiny happy pop-rock and this is a welcome addition to their catalogue. RIYL the theme song to “Friends”. (7)