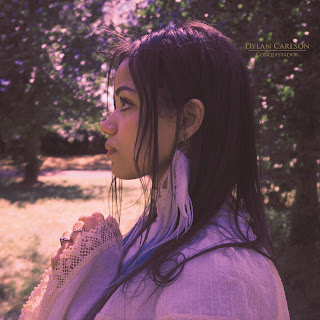 DYLAN CARLSON – Conquistador
Evoking cinematic images of tumbleweeds blowing across the desert and scorpions silently crawling out of dead coyote skulls, this not only fits neatly into the Earth/Carlson canon but is, simply put, epic! (8)

ELEANOR FRIEDBERGER – Rebound
Fact: The album took its title from a goth club in Athens that apparently left an impression on Friedberger. I haven’t been to Rebound in almost 30 years because I always felt miserable in there (but maybe that’s the whole point of goth clubs), the problem is I didn’t have much of a better time listening to this album. (6)

FATHER JOHN MISTY – God’s Favorite Customer
The hipster’s hipster decided that he wants to be Elton John. That’s not a bad thing. Leaked a month ahead of the release date, we might have to revisit this one. (8)

FRANK TURNER – Be More Kind
Turner’s most accessible production and a bunch of great songs oscillating between the political and the personal, sometimes poppy, sometimes punky, sometimes folky. I really love this guy. (8)

IHSAHN – Amr
Prog rock with a black metal heart and a healthy sprinkling of Carpenteresque synthesizers. (8)

JANELLE MONAE – Dirty Computer
The true heir to Prince’s throne as the most prominent figure in Afro-futuristic sex funk is a woman. Features special guests from the mythical (Brian Wilson) to the super-popular (Pharrell Williams). (8)

PARKER MILLSAP – Other Arrangements
4th album by baby-faced Oklahoman with gruffy tenor voice and solid guitar chops, this one rocks a bit harder than his previous albums. RYIL either Johnny Cougar or John Mellencamp. (7)

RIOT V – Armor Of Light
I love heavy metal and Riot has always been one of my favorite heavy metal bands but going on without Mark Reale just doesn’t feel right, the production work on the constant in-your-face double-bass drumming here gets annoying after a while, and releasing the “Thundersteel” album with a different title for the fourth time doesn’t help things either. (6)

WILLIE NELSON – Last Man Standing
Yes he is, he’s 86 and this is his 67th studio album, it’s bittersweet and funny and an all-around great country record mostly about death, but actually he’s never sounded more alive than he does here. (8)