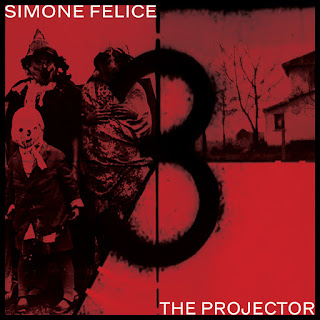 A PERFECT CIRCLE – Eat The Elephant
Third release 14 years after the second one marks a stylistic change, with the piano and keyboards being much more prominent on a solid prog album. The vocals act as methadone for all the Tool junkies who’ll wait another 10,000 days for an album by Keenan’s main band. (7)

BLACKBERRY SMOKE – Find A Light
This time they go full-on southern rock, channeling everyone from the Allman Brothers to the Black Crowes to the Georgia Satellites. (7)

MELVINS – Pinkus Abortion Technician
The grunge/sludge weirdos keep it fresh with another line-up twist – two bass players this time around, adding Jeff Pinkus from the Butthole Surfers to the mix. They also cover a couple of Surfers tunes on this one, hence the album title, and play a few originals as well, but what they’ve done to The Beatles’ “I Want To Hold Your Hand” is the top reason to listen to this. (7)

MUSTASCH – Silent Killer
People call them “stoner”. Dunno, this sounds like straight-up HEAVY METAL to me. (7)

SPIDERS – Killer Machine
From Sweden but with a sound channeling Detroit punk through Sydney (MC5 / Radio Birdman), Spiders set themselves apart from the rest of their vintage-sounding compatriots as the true heirs to The Hellacopters’ throne. (8)

TESSERACT – Sonder
Probably the best TesseracT album to date musically, still not fond of the slick sissy vocals – when you’re grabbed by the throat with the a-la Fates Warning monster opening riff/groove of “Luminary”, the thin teenage Justin Timberlake voice that follows is a bit of a letdown. Nevertheless, for musicianship and songwriting: (7)

THE DAMNED – Evil Spirits
Dave Vanian & Captain Sensible still kicking it 40 years after their peers The Sex Pistols broke up and 36 years after the last good Clash record. “Evil Spirits” doesn’t sound very punk rock, it’s closer to their goth period with some 60’s garage psychedelia thrown in for good measure, but it’s competent and fun and produced by none other than Tony Visconti. (7)

THE WONDER YEARS – Sister Cities
A few years ago we might’ve called this emo or pop-punk. In 2018 I’ll just say that this is full of great rock songs and it’s the type of album a teenager can fall in unconditional love with and not be embarrassed about the fact 20 years down the road. (8)

ASHLEY MONROE – Sparrow
“Produced by Dave Cobb” is a guarantee of top quality in country music today even though, as opposed to his more rootsy recent work with Chris Stapleton/Jason Isbell/Sturgill Simpson, Cobb takes Monroe the countrypolitan way with lush strings and smooth yacht-rocky orchestration. Songwriting and playing is top-notch all-around. (8)

JOSH T. PEARSON – The Straight Hits!
Lift To Experience mainman/cult hero shaves off the beard and tries to create a straight rock record. Thank God he fails miserably at making straight rock because the guy’s brain is wired in a way that can only come up with weird shit, and I love this weird shit. Fun fact: The album’s titled “The Straight Hits!” because all songs feature the word “Straight” in the title, except “The Dire Straits Of Love”. Get it? (8)

LAURA VEIRS – The Lookout
A singer/songwriter’s singer/songwriter, Veirs delivers a nice set of intimate songs (let’s call it “Americana” for lack of a better term) on her 10th solo album. Special guests include Jim James (My Morning Jacket) and Sufjan Stevens. (7)

SARAH SHOOK & THE DISARMERS – Years
If you like Lydia Loveless as much as I do, especially 2013-14 Lydia Loveless, then you’ll love Sarah Shook’s country-punk sound and “dangerous broad” attitude. (8)

SIMONE FELICE – The Projector
A stunning piece of work by one of the top lyricists around, a collection of haunting, dark songs that go head to head with Nick Cave’s best work and anything on Springsteen’s “Nebraska”. A revelation. (9)

THIEVERY CORPORATION – Treasures From the Temple
It’s a Thievery Corporation album, you know what it sounds like. (7)

TRAMPLED BY TURTLES – Life Is Good On The Open Road
A good month for bluegrass fans apparently – it’s not only the Old Crow Medicine Show who return with a new album, but also the Minnesota band with the best band name ever. (7)