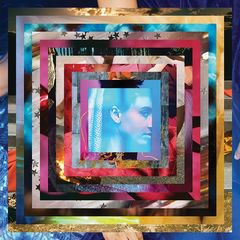 BEHEMOTH – I Loved You At Your Darkest
Probably the most despicably evil-sounding thing you’ll hear all year. (8)

DISTURBED – Evolution
David Draiman said that this is their own “Black Album” and I guess he means there’s ballads this time around. The heavier songs on “Evolution” are solid but the aforementioned ballads sort of suck, and unfortunately there’s too many of ‘em. (6)

HIGH ON FIRE – Electric Messiah
If you like Motorhead, Black Sabbath, Slayer, and smoking dope, then your favorite album for 2018 has just been released. (8)

SACRAL RAGE – Beyond Celestial Echoes
Excellent second effort from Greek tech-speed metal quartet, sort of a cross between Watchtower and Helstar that ends up sounding like Annihilator but better than Annihilator has sounded in 25 years. (8)

SATAN’S SATYRS – The Lucky Ones
Some ties to Electric Wizard but sounding more like Fu Manchu on this one. (7)

SHINING – Animal
WTF moment of the month is when you put on an album by an artist you know really well and love, and within seconds you wonder if this is a different band that just happens to have the same name. Saxophone gone, brutal vocals gone, experimental blackjazz gone, this is basically a party rock record. And a good one too. (8)

STEVE PERRY – Traces
Legendary Journey frontman returns a quarter of a century after falling off the face of the planet, but the songwriting simply does not deliver. Good to see however that the apostrophes in the song titles are still in place (Erasin’, Cryin’, Somethin’ etc.) (6)

TOM MORELLO – The Atlas Underground
RATM guitarist ventures out of his comfort zone with a strange EDM/rock hybrid featuring gazillions of guests from DJ Steve Aoki to Marcus Mumford to Gary Clark Jr. to Killer Mike. It works, sometimes. (7)

UNCLE ACID & THE DEADBEATS - Wasteland
Everything is vastly improved on the occult/vintage hard rock band’s new album, their best, except the guy’s vocals and the crap production which are just as annoying as ever. Nods to early Maiden welcome. (7)

COLIN STETSON – The First: Original Soundtrack Vol. 1
On the heels of “Hereditary”, yet another excellent soundtrack work from avant-garde saxophonist Colin Stetson – this time for a new TV series developed by the team behind “House Of Cards” and starring Sean Penn. (8)

ERIC CHURCH – Desperate Man
A country star who grew up on rock ‘n’ roll, Church releases throwback to 70’s country rock from the Allman Brothers to Jackson Browne and it’s probably his best album to date. (8)

ESPERANZA SPALDING – 12 Little Spells
I’ve previously said that Esperanza Spalding is like Kate Bush and Jaco Pastorius rolled into one. Well, you can add Kurt Weill and Prince into that equation. Wow. (9)

MARISSA NADLER – For My Crimes
You’ll like Marissa Nadler if you like Sharon Van Etten, but probably not as much. (7)

NENEH CHERRY – Broken Politics
Cherry goes political, singing about gun violence and the global refugee crisis over a soundtrack of mostly ambient electronic beats that sound like a cross between Massive Attack (whose 3D collaborates here) and Four Tet (whose Kieran Hebden produces). (7)

PHOSPHORESCENT – C’Est La Vie
You’ll like Phosphorescent if you like The War On Drugs, but probably not as much. (7)

SAM PHILLIPS – World On Sticks
You’ve heard Sam Phillips even if you don’t know it as her music is all over the best TV series ever. Her “Martinis & Bikinis” album is a Desert Island Disc for this writer, and her new one is another delightful slice of Americana. Oh, and “Different Shades Of Light” is the best song you’ll hear this year. (8)

THE NECKS – Body
Ambient jazz trio discover their inner rockers on their 20th studio album consisting of one 57-minute long piece. Listening to the whole thing, feel the tension build up until the glorious motorik post-rock orgasm comes somewhere around the middle. (8)
Posted by TeenMusicGeek at 21:42