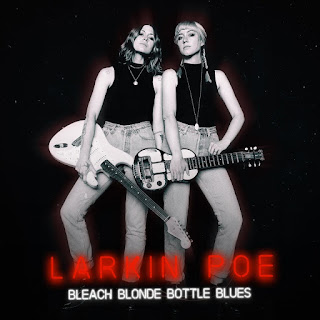 CHRIS CORNELL – Chris Cornell
Comprehensive posthumous 4-disc box set featuring tracks by Soundgarden, Temple Of The Dog, Audioslave, his solo career, rarities and 11 unreleased tracks proving that this guy’s voice was the ultimate rock ‘n’ roll weapon. A must-have even if you already own most of this stuff. (9)

CONCEPTION – My Dark Symphony
Well we don’t really have Queensryche anymore, do we? (7)

LARKIN POE – Venom & Faith
This is not your father’s blues record, it’s a wild stomp through the muddy banks of the Mississippi river with Dr Martens on. (9)

MUSE – Simulation Theory
In case you ever wondered what would’ve happened if Giorgio Moroder had produced a Queen album between “The Game” and “Hot Space”. (7)

REO SPEEDWAGON – The Early Years 1971-1977
I have a soft spot for these guys and this 8-disc box set is a treasure for all classic rock fans – the band’s first 6 studio albums, some of them hard to find, plus 1977’s double live. Forget the 80’s ballads, this is the meat ‘n’ potatoes rock you cannot not love. (8)