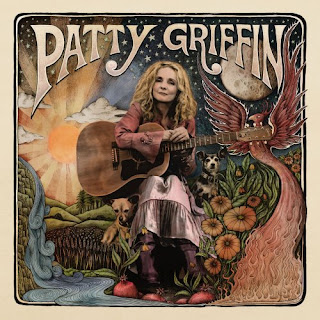 TESLA – Shock
Produced by Def Leppard’s Phil Collen, it's no shock that “Shock” is a rather polished, poppy affair. Not bad, but I prefer my Tesla a bit dirtier. (7)

CACTUS BLOSSOMS – Easy Way
Another group of siblings goes for that Everly Brothers vibe, and to a large extent succeeds. (7)

KEL ASSOUF – Black Tenere
Tuareg music might have originated in Africa, but Kel Assouf make it sound like it’s much closer related to Led Zeppelin than to Salif Keita or Ali Farka Toure. (7)

PATTY GRIFFIN – Patty Griffin
One of the best albums of the year by criminally underrated Americana singer/songwriter, this time incorporating some jazz elements into her folk/blues. Ex-boyfriend Robert Plant provides backing vocals on a couple of tracks. (9)

SOLANGE – When I Get Home
More experimental than its excellent predecessor “A Seat At The Table” and that’s not a bad thing by itself, but in this case it’s a bit all over the place and a hit-or-miss affair. (7)

STRAND OF OAKS – Eraserland
Timothy Showalter rocks a bit harder than his trademark Americana this time around, with studio help from Jason Isbell and 4/5’s of My Morning Jacket (who apparently brought their reverb unit along). Minus one point for the boring 17-minute experiment that closes the album. (7)

TOM RUSSELL – October In The Railroad Earth
Russell had made the List two albums back, in 2015. This time he settles for doing his best Johnny Cash impression. (7)
Posted by TeenMusicGeek at 12:36