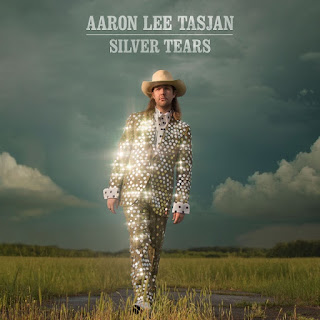 AARON LEE TASJAN – Silver Tears
From the swampy bayou scream of “Ready To Die” to the psychedelic pop gem “Little Movies”, from the nostalgic country rock of “Memphis Rain” to the jokey loser anthem “Hard Life”, Tasjan mixes is up like a glammier, funnier Sturgill Simpson. Love this! (9)

AFI – AFI (The Blood Album)
I successfully managed to avoid any contact whatsoever with AFI for 20 years. A couple of spins of this unspectacular goth-tinged pop-punk by 40-year olds pretending to be teenagers proves I was probably right. (6)

BANGLES – Ladies And Gentlemen... The Bangles!
Vinyl release of compilation initially released in digital format a couple of years ago, includes all the early stuff before the band got signed to Columbia Records and turned pop, when they still were a kick-ass Paisley Underground-associated garage band. (9)

GONE IS GONE – Echolocation
Metal supergroup featuring members of Mastodon, At The Drive-In, Queens Of The Stone Age and a soundtrack composer (!). Heavy, ambient and well-executed but going nowhere, really. Includes a Portishead cover. (6)

KATE TEMPEST – Let Them Eat Chaos
Tempest’s spoken word is not exactly hip hop, it’s poetry with beats and it perfectly encapsulates what it’s like to be young and angry in London today. (8)

NINE INCH NAILS – Not The Actual Events
Short but certainly not sweet, this 21-minute EP is gnarly and aggressive and leaves the listener wanting more. Reznor’s got more stuff coming out in 2017, we’re looking forward. (7)

RYAN ADAMS – Prisoner
I love “Heartbreaker” and “Gold”, I really like a lot of other stuff this guy has done over the years, but “Prisoner” is a bit boring and lacking in the hooks department. (6)

THE HOLD STEADY – Boys And Girls In America (Deluxe Edition Reissue)
Because this, now with bonus tracks. (10)
Posted by TeenMusicGeek at 13:28