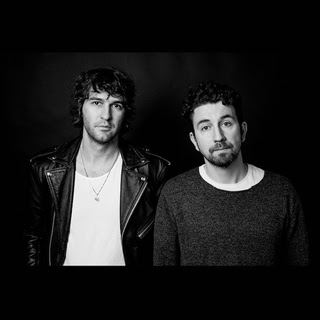 DONALD NALLY, THE CROSSING, PRISM QUARTET – Gavin Bryars: The Fifth Century
Bryars is better known for his minimalist work, especially the masterpiece “Jesus’ Blood Never Failed Me Yet”, but this is quite different – haunting choral music written specifically for the wonderful choir heard here and based on a series of mystical poems by Thomas Traherne. By the way, it’s on ECM so you know it has to be good. (8)

HORISONT – About Time
I’ve written a sort of proper review for this in the February issue of Metal Hammer Greece magazine, go out and buy it next week please. (8)

JAPANDROIDS – Near To The Wild Heart Of Life
Do you miss Husker Du? These guys do. I do too. (8)

KROKUS – Big Rocks
I decided to listen to this album of covers in the midst of a nostalgia crisis. It could’ve been worse, it’s 100% dated but at least it rocks like a decent backwoods hard rock jukebox. (6)

PRODIGY – Hegelian Dialectic: The Book Of Revelation
Unfortunately this doesn’t start any fires, nor does it smack up any bitches. (6)

QSP – QSP
Supergroup power-trio consisting of glam rock legends Suzi Quatro, Andy Scott (Sweet) and Don Powell (Slade). The three of them added up are 204 years old but they don’t give up, bless ‘em. (6)

SLEAFORD MODS – English Tapas
Sounds like you’re in the pub and a drunk punk asshole is yelling in your face, so it’s a good Sleaford Mods record. (7)